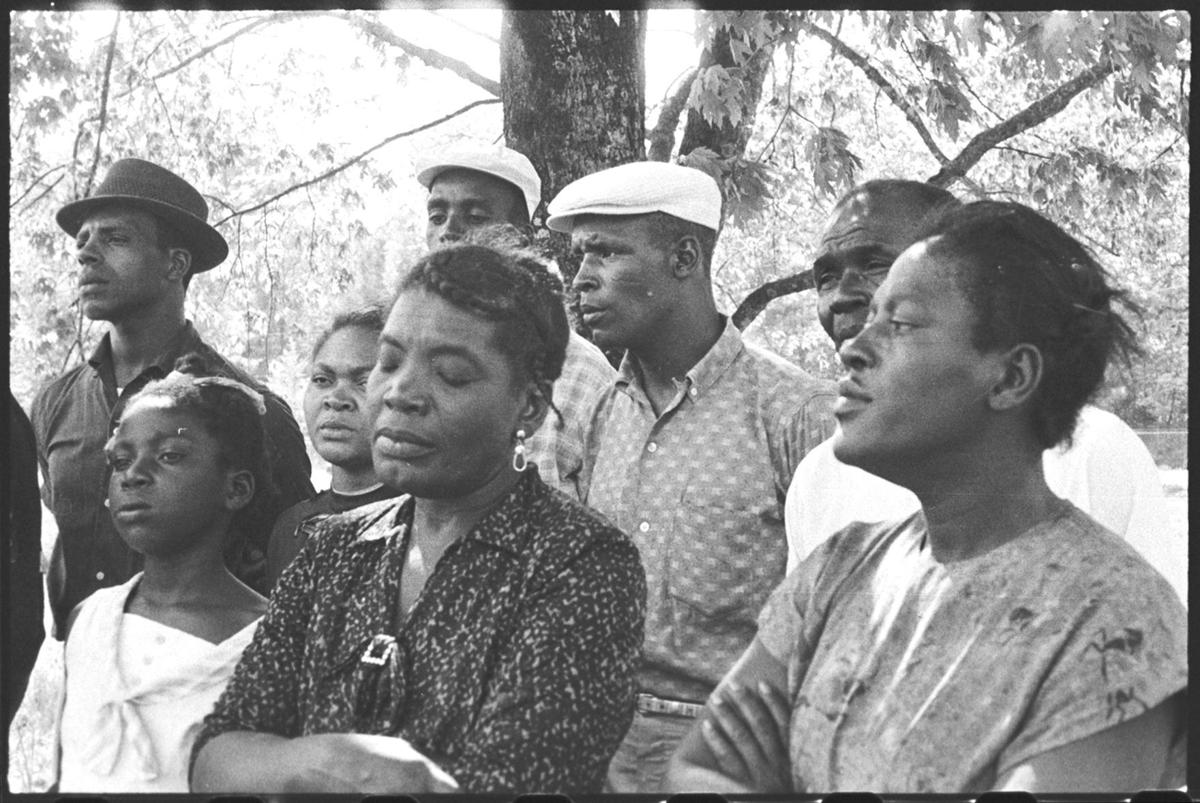 Long time St. Simons Island resident Bessie Jones is pictured center with other members of the Sea Island Singers in Williamsburg, Va., in 1960. The photo was provided by the Alan Lomax Archives/ Association for Cultural Equity and shared by the Coastal Georgia Historical Society. 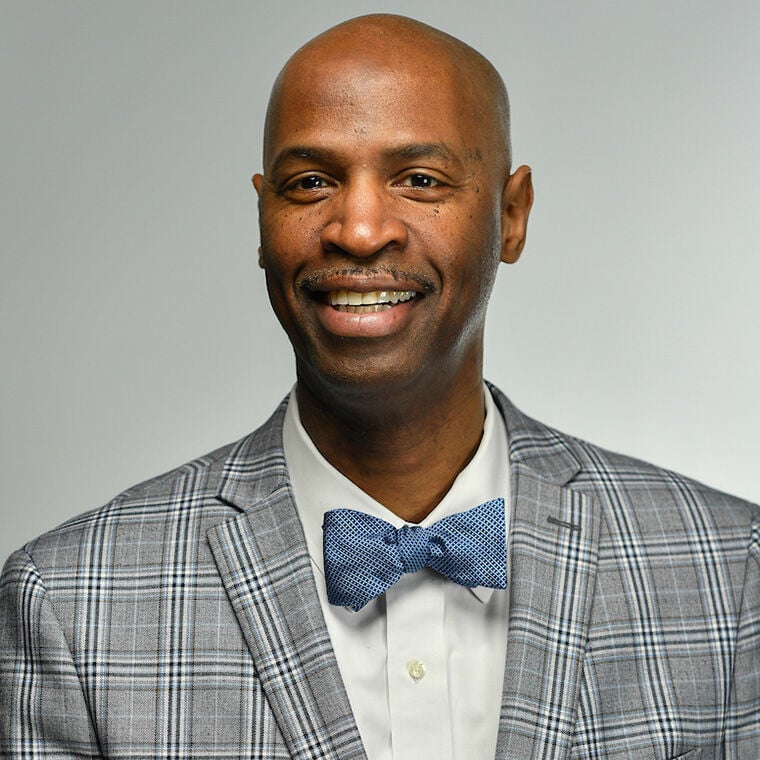 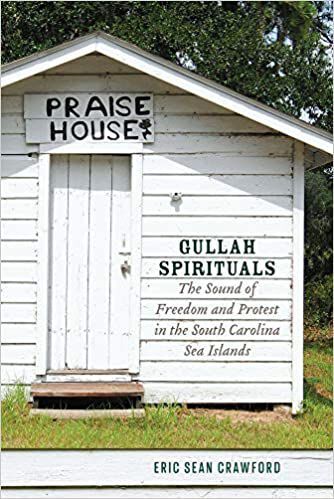 The cover of Crawford’s book, ‘Gullah Spirituals: The Sound of Freedom and Protest in the South Carolina Sea Islands.’

Long time St. Simons Island resident Bessie Jones is pictured center with other members of the Sea Island Singers in Williamsburg, Va., in 1960. The photo was provided by the Alan Lomax Archives/ Association for Cultural Equity and shared by the Coastal Georgia Historical Society.

The cover of Crawford’s book, ‘Gullah Spirituals: The Sound of Freedom and Protest in the South Carolina Sea Islands.’

Songs tell stories, not only the subjects — love and loss, happiness and heartbreak — but also the history of those who sing them.

That’s something which has long fascinated Eric Crawford.

The director of the Honors Program at Benedict College in Columbia, S.C., Crawford holds a Ph.D. in musicology from the Catholic University of America. Through his studies, he’s explored the origins of music and the communities that have brought them to life. Most recently Crawford appeared in Henry Louis Gates’ miniseries “The Black Church.” He also served as a consultant for the new Amazon miniseries, “The Underground Railroad.”

But it was through his role as an academic advisor that he first discovered the shouting and rowing songs of South Carolina’s St. Helena Island.

“Back in 2006, I had a student I was advising, and she did her thesis on these Gullah songs. I had never heard the word ‘Gullah’ before ... so thus began my quest to find these songs and to figure out if they’re still being done,” he said.

The term “Gullah” is often used to refer to African cultural descendants of enslaved peoples in the Carolinas, while “Geechee” represents those with the same heritage in Georgia. The term Gullah-Geechee has come to represent the language of these unique peoples and is an African creole (or a blended language) that melds African words and phrases with English.

The culture is a vibrant one along the Carolinas and in Coastal Georgia. As the abhorrent practice of slavery stole West African natives, these men and women shared their traditional songs and practices to create a new culture in America.

The songs that were sung on the plantations mingled African musical techniques such as clapping and stomping with lyrics derived from Bible stories. It’s something that was passed down, like heirlooms, from generation to generation.

“First of all, it is amazing that this is a culture that still survives today. I was able to go to St. Helena where there was a small Praise House where I heard James Garfield (a Gullah performer) sing, and I instantly knew that I was hearing the same songs that these slaves had sung,” Crawford said.

“He died when he was 100 years old, and he learned these from his grandmother, which was tapping into the 19th century. You could really feel the ancestors. You could feel that this was the way it was done.”

As with South Carolina, the Georgia Coast has a strong tradition of preserved history through song. It is carried on today by groups like the Sea Island Singers and the McIntosh County Shouters.

Crawford was so moved by these profound lineages that he decided to publish a new book, “Gullah Spirituals: The Sound of Freedom and Protest in the South Carolina Sea Islands.”

“It’s about four months old now,” he said of his book. “So it’s still pretty new.”

While researching, Crawford explored actress and abolitionist Fanny Kemble’s journals, which detailed life on a Butler Plantation just South of Darien, as well as plantations on St. Simons Island. During her visit in the 1830s, she recorded the words to a rowing song of the enslaved oarsmen she encountered.

“Parrish’s book, ‘Slave Songs of the Georgia Sea Islands,’ really details what was heard on St. Simons Island. She would come visit in the summer and hear these songs, so that’s when my interest in St. Simons Island began to broaden.”

Crawford traveled to the island to learn more. It’s where he really dug deep into the story of Bessie Jones. A native of Dawson, Jones was a folk singer who learned the songs from her grandfather who was a former slave. After her second marriage, she settled on St. Simons Island and joined the Sea Island Singers.

“Bessie Jones was a national Civil Rights and freedom singer, though she has been forgotten by many today. I was able to meet with her biographer who was still alive. She passed in 1973,” Crawford says.

“You know, it’s such a shame because one thing Bessie said was that she didn’t want to be buried in Stranger’s Cemetery (on St. Simons).”

As the name indicates, these plots were reserved for those who weren’t St. Simons natives.

Though Jones had called the island home for decades, it’s where she rests today.

“(Jones) always felt like an outsider, even though she lived on that island for so long. She was an iconic figure ... but unfortunately, she’s buried in Stranger’s Cemetery.”

It’s stories like Jones’ that Crawford hopes to bring to light when he returns to St. Simons Island for a lecture at 6 p.m. this evening.

He will be offering a program for the Coastal Georgia Historical Society’s fall membership meeting. The theme will be the same as his book, “Gullah Spirituals: The Sound of Freedom and Protest in the South Carolina Sea Islands.”

The meeting will be held at St. Simons Presbyterian Church, 205 Kings Way and will also be available via live stream. The lecture is free for society members and $10 for non-members. To register for this event, visit coastalgeorgiahistory.org.

“Our audiences are fascinated by the African American music traditions unique to our region. We are excited to host Dr. Crawford, whose extensive research has documented the historical significance of the music and revealed its importance during the Civil Rights Movement,” she said.

For his part, Crawford is thrilled to share the stories of this important piece of Coastal history with area residents.

“I think the fact that there are islands like St. Simons and that this culture survives is a miracle. It can be really hard to find the culture ... and there’s a real threat of losing it. Many of the singers are in their 80s but they’re still performing,” he said.

“So if anyone is interested how we got jazz, the blues, hip hop or country, you have to go back to the Gullah Geechee music to understand it.”

• Dr. Eric Crawford’s book, “Gullah Spirituals: The Sound of Freedom and Protest in the South Carolina Sea Islands” is available on Amazon.com.

Eric Crawford, PhD, musicologist at the Catholic University of America, will give a lecture titled, "Gullah Spirituals: The Sound of Freedom and Protest in the South Carolina Sea Islands," at 6 p.m. today at St. Simons Presbyterian Church, 205 Kings Way, St. Simons Island. It will also be available via live stream. The lecture is free for society members and $10 for non-members. To register for this event, visit coastalgeorgiahistory.org. His book is available on Amazon.com.