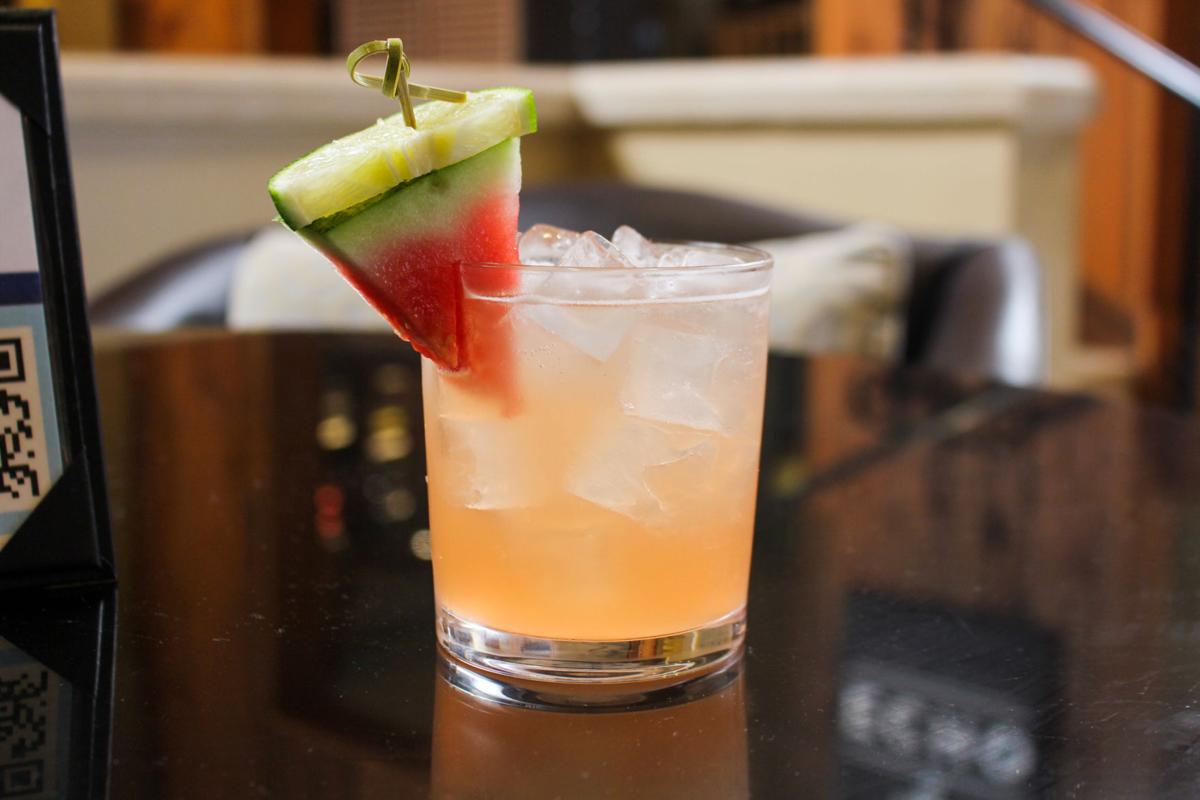 ECHO’s Fine and Dandy cocktail became a fast favorite on the menu. 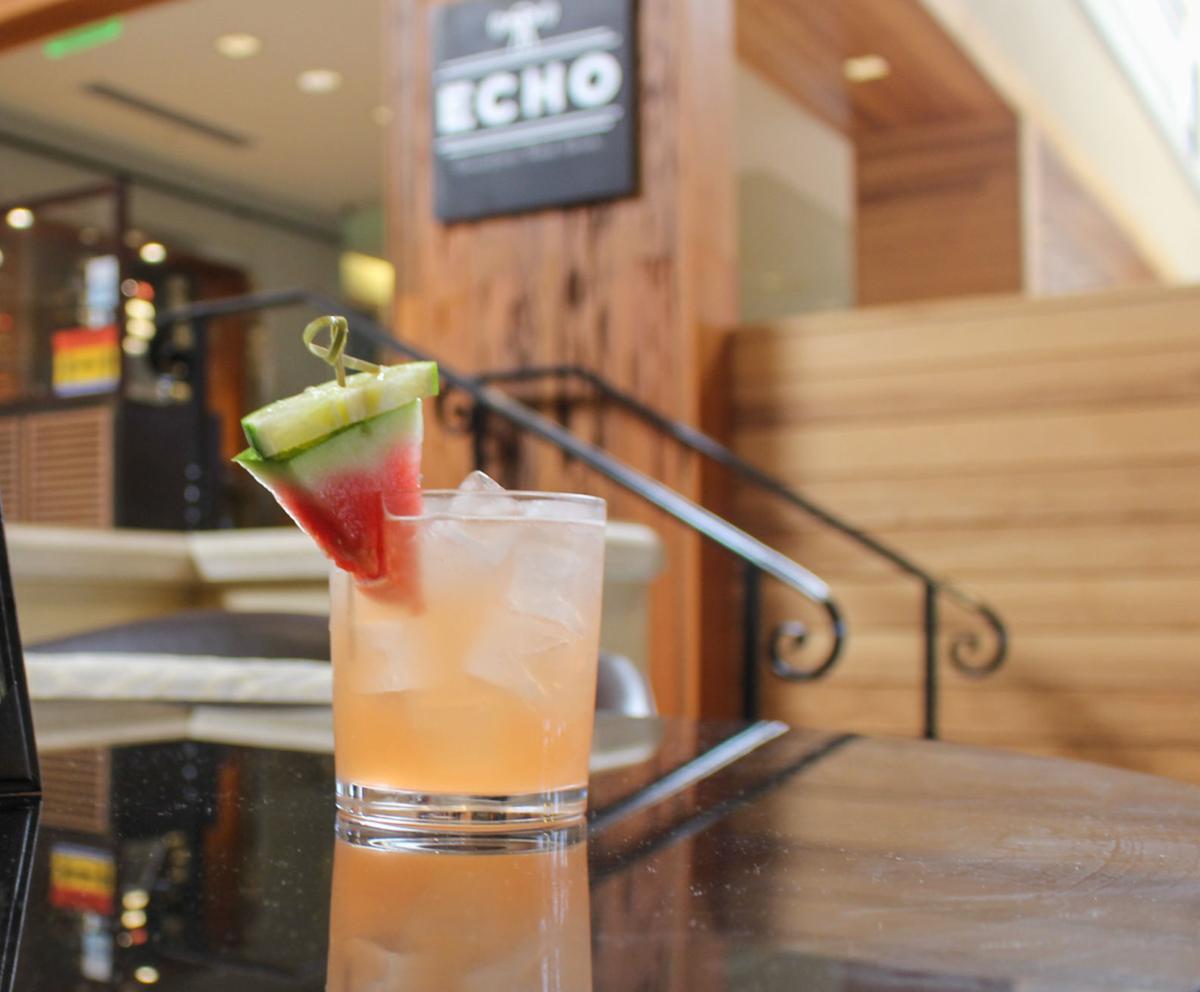 The Fine and Dandy cocktail was ECHO’s May drink of the month and now will be added to the summer menu. 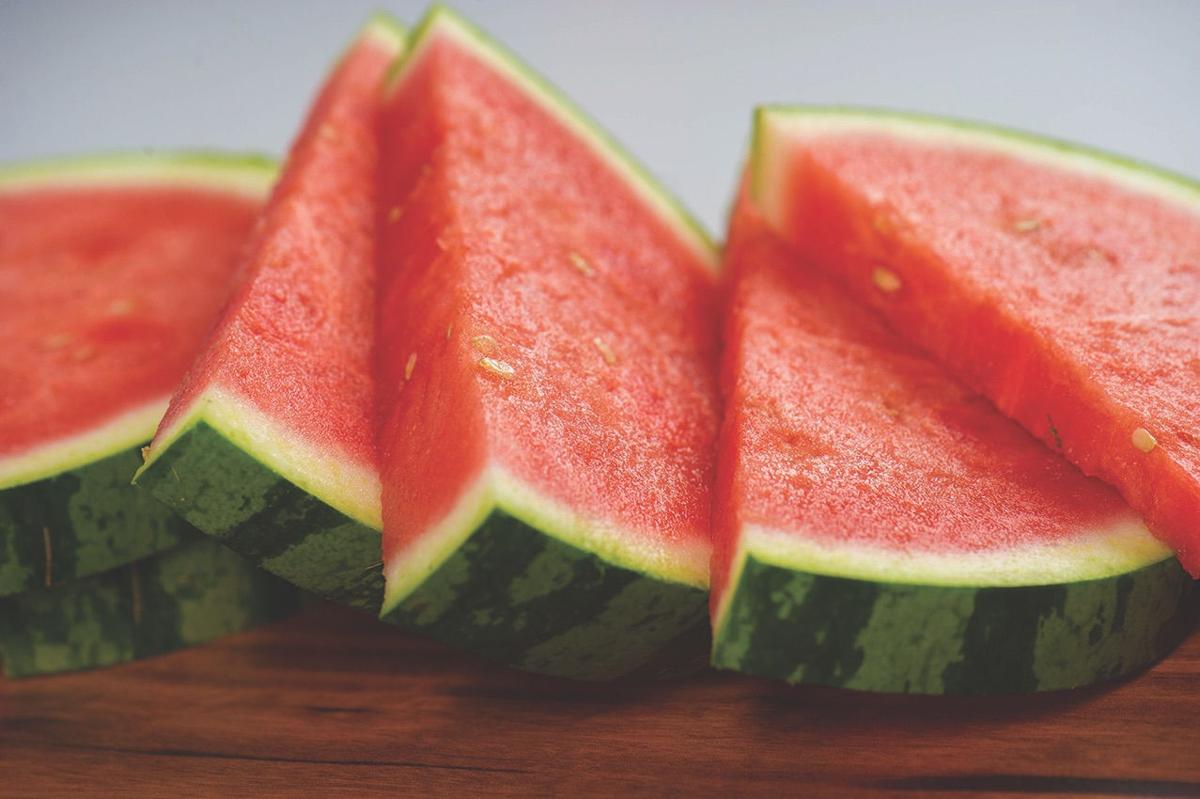 ECHO’s Fine and Dandy watermelon cocktail became a fast favorite on the menu.

ECHO’s Fine and Dandy cocktail became a fast favorite on the menu.

The Fine and Dandy cocktail was ECHO’s May drink of the month and now will be added to the summer menu.

ECHO’s Fine and Dandy watermelon cocktail became a fast favorite on the menu.

Summer doesn’t officially start until June 20, but for ECHO at the King and Prince Hotel, it began in May.

The St. Simons Island restaurant featured its Fine and Dandy as its May cocktail of the month. According to ECHO General Manager Luke Kelly, it’s becoming a fast favorite among customers.

“We’re running it all through summer. We did it as a feature, but now it’s making it on our main list,” Kelly said.

When someone thinks of refreshing summertime fruit, watermelon is likely the first item that comes to mind. Pineapple is probably a close second.

Instead of making a normal watermelon margarita that has been done time and time again, Kelly said they wanted to do something different. While ECHO uses a margarita mix, this beverage isn’t anything like one.

Instead, it blends the margarita world with vodka to create something new while maintaining that refreshing taste so many are seeking during these hot summer months.

“To me, watermelon cocktails (are ideal) ... this one we decided to do with vodka and pineapple juice,” Kelly said.

Another thing ECHO is highlighting with this beverage is the use of an organic cocktail mix. Kelly says it’s the perfect summer beverage, as combining the mixes with refreshing summer fruits culminates in the ultimate cocktail.

“It’s definitely the watermelon and the pineapple juice and, of course, the vodka. It’s just cold, and it’s refreshing,” Kelly said. “It’s an easy sipper by the beach and at the pool. It’s a little bit lighter beverage. We do use an organic mix for one of our main mixers in it, the Tres Agave — it’s organic and then the fresh watermelon.”

This drink is easy for anyone to make, not just professional bartenders. It’s a simple cocktail, but the flavors make it feel like a boutique beverage.

Kelly says you could get creative with the garnishes to add more color to the golden glass.

ECHO garnished with a lime and slice of watermelon, but pineapple would work as well, whatever compliments the taste buds with the mix. Kelly said the lime tartness goes well with the sweetness of the watermelon and pineapple to give a blend that just screams summertime.

“The lime thing as well, you know when you think of something summery — thinking beer you think of Corona, those kinds of things. The lime just kind of goes with it, and it was just a really good pairing, putting all those together for cocktails, which has been really popular.”

There is also a way to make this anon-alcoholic mocktail so fans and children can enjoy it. Instead of adding the alcohol, just blend up some watermelon and mix in with the pineapple juice and club soda for a smoothie-type drink. That way, everyone can feel included, as well.

Top with a splash of club soda and stir. Garnish with a lime wedge, pineapple slice and watermelon cube.