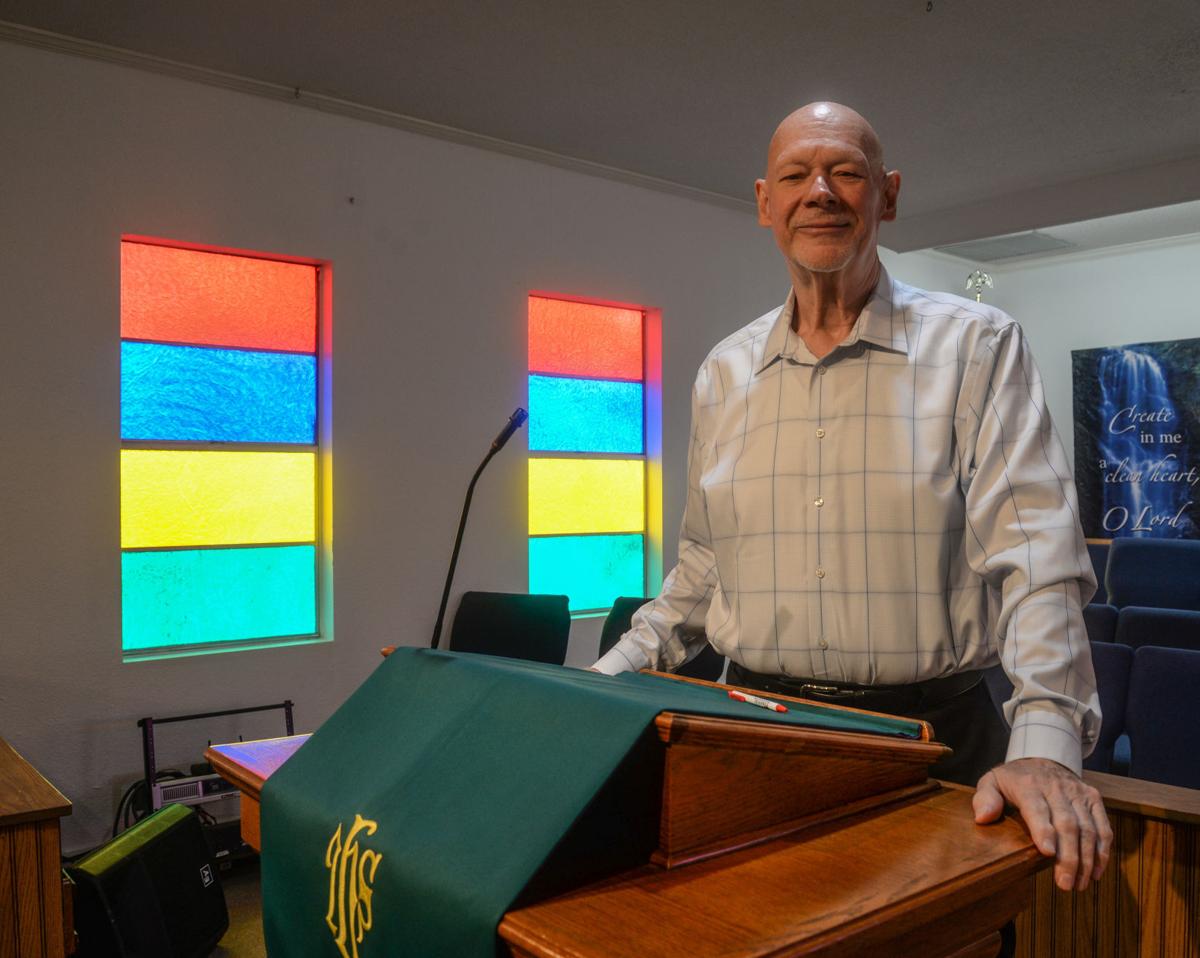 The Rev. Ken Sharpe in the pulpit at Emanuel United Methodist Church. 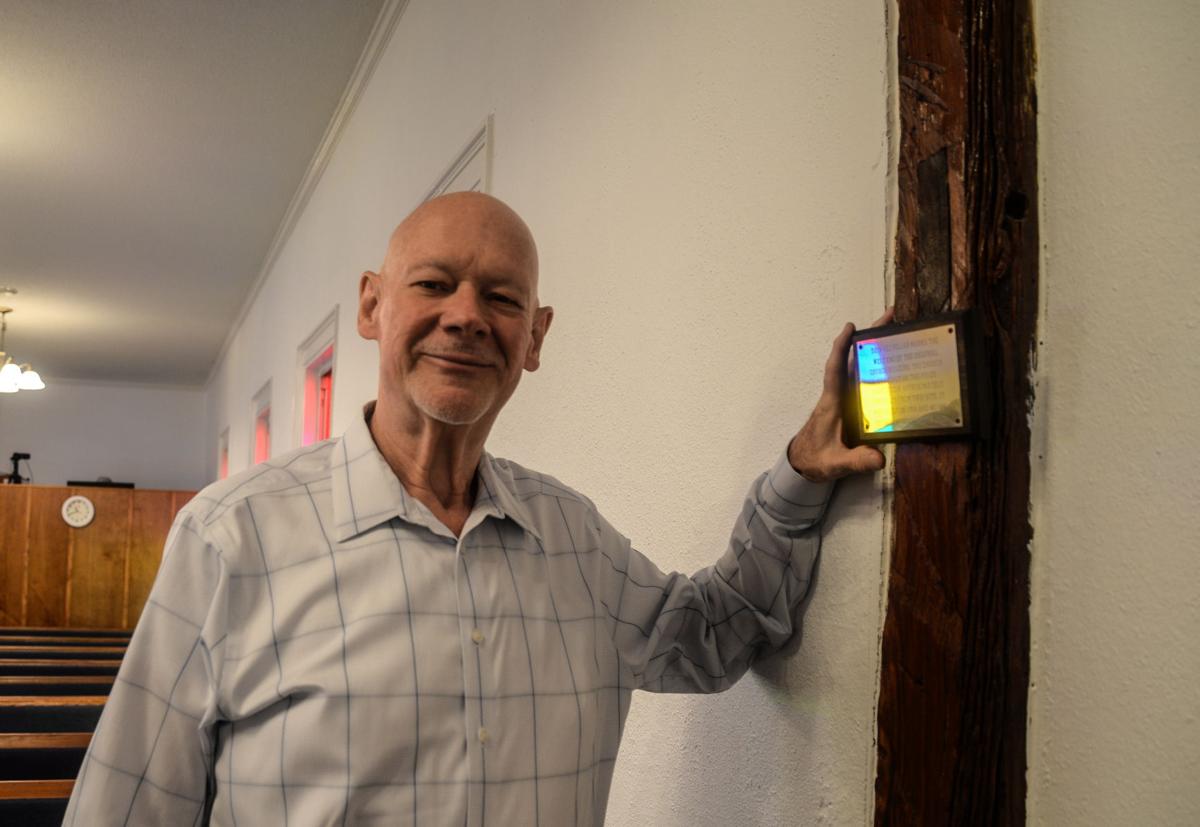 The Rev. Ken Sharpe with one of the 222-year-old hand-hewn timbers from the original church known at its founding as New Hope Church. 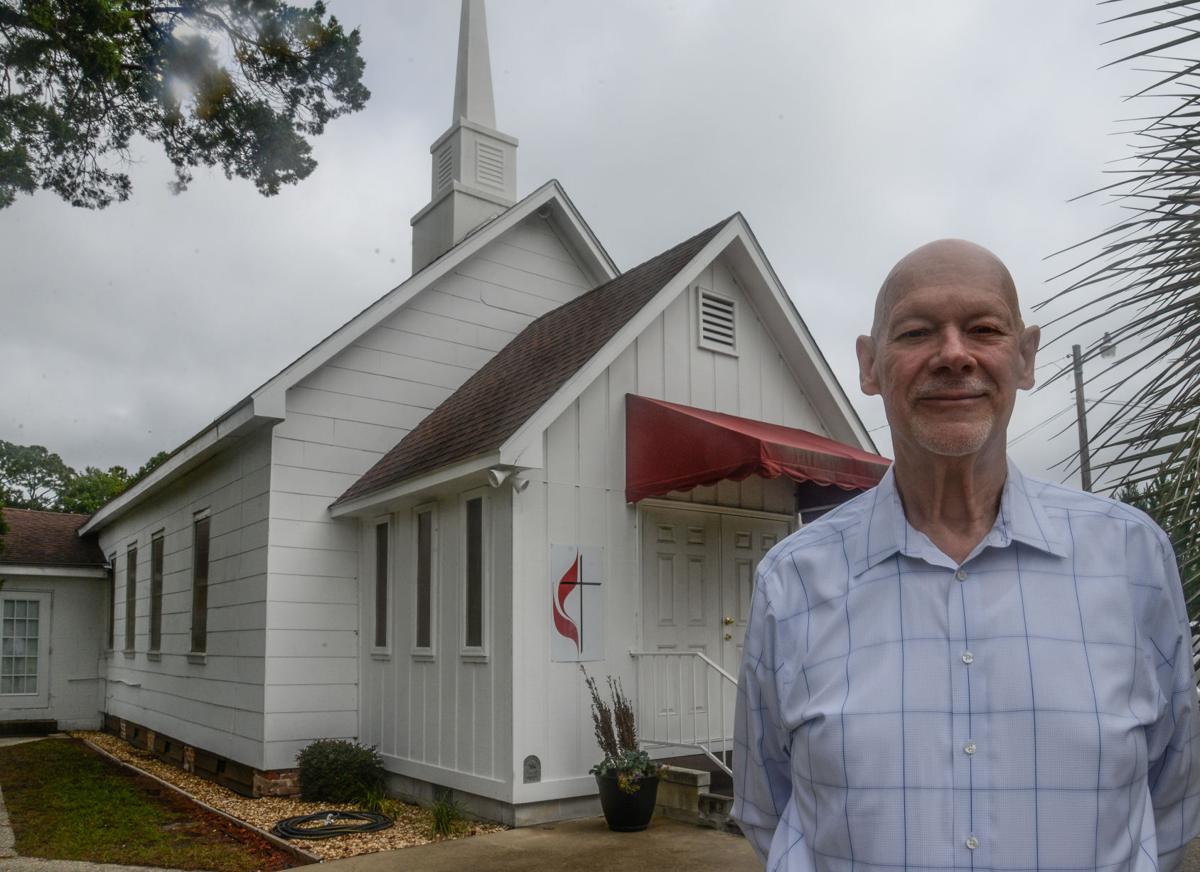 The Rev. Ken Sharpe in the pulpit at Emanuel United Methodist Church.

The Rev. Ken Sharpe with one of the 222-year-old hand-hewn timbers from the original church known at its founding as New Hope Church.

Born in the Blue Ridge Mountains, the Rev. Ken Sharpe, senior pastor at Emanuel United Methodist Church, has seen some changes — career and personal — in his 64 years.

He grew up in Leicester – pronounced Lester — just outside Asheville, N.C., and graduated from nearby Gardner Webb College and the Southwest Baptist Theological Seminary in Fort Worth. He has preached in churches in Texas and North Carolina, mostly as a Southern Baptist. His last stint as a Baptist pastor was the 16 years in Georgia at First Baptist of Garden City starting in 1993.

Pastors have to know the names of their congregants and the Rev. Sharpe has more to remember at Emanuel than the first day he stepped behind the pulpit a year ago.

Nine adults have joined the church since he began, which, Sharpe says, “is pretty good for a small church.”

Emanuel has also paid off some debt, increased its reserves more than threefold, paid cash for a new riding mower for the expansive grounds, a new piano and a remodeling project.

It has happened because people are giving generously and excited with the resulting changes, he said.

As he spoke, a new air-conditioning system was going in for the children’s wing.

He quoted Malachi 3:10 in which God said, “through the prophet that if His people brought tithes to prove Him, he would open the windows of heaven and pour out a blessing they would not have room to contain.”

The church is also looking for ways to reach more people.

Eddie Tanon, a bilingual construction manager, is the director of the new Spanish ministry and conducts a service at 2:30 p.m. on Sundays. Tanon has experience having led Spanish worship in Kansas.

Lay leader Randy Watson teaches, preaches, visits the sick and is studying to become a minister.

Eric Pittman, drives to Poulan, where he works as the fire chief, is also studying for the ministry. Eric teaches the adult Sunday School class and preaches Sunday night.

“They’re a blessing. They’re doing everything they can to improve our church,’’ he said.

For all the improvements, the little white church has a simple look about it and Sharpe hopes someday to update the exterior. It sits a few miles west of Interstate 95 on Ratcliffe Road, once a quiet little road named for one of the church’s early benefactors.

Emanuel was founded as New Hope Church in 1799 at Laurel Grove Plantation at the intersection of Myers Hill Road and Buck Swamp Road. The church served families from Fishall, Laurel Grove, Myers, Oak Grove, Radcliffe and Scarlett plantations and was moved in 1833 to its current location which would be more central to its members in the Brookman community.

Near the front of the sanctuary two hand-hewed beams from the original church are built into the walls. They still bear the ax marks and are marked with small brass plaques.

In its early days, the church was surrounded by farm land, but residential development has come in the form of subdivisions with more likely.

“There are a lot of homes out here. We’re trying to reach them,’’ Sharpe said.

In an effort to reach those who work on Sundays, the church began a 5 p.m. service June 6. Sunday evening services have become rare for Methodist congregations and the church also has a Wednesdy night supper and Bible study.

Those new outreaches have not gone unnoticed. On June 7, the UMC South Georgia Conference recognized the church with the annual One Matters Award for discipleship. Emanuel was chosen from the 570 churches in the conference.

It was bumpy but blessed road from the huge First Baptist church in Garden City to the little Methodist church in the country.

After 29½ years of marriage, he was divorced a few years ago although he tried to save his marriage. The end of his marriage also meant the end of his tenure at the church because Southern Baptists don’t allow divorced men to preach. It did not, however, end his call to the ministry so he made the change to the United Methodist Church. During that transition in denominations, he worked at Rogers State Prison as a clinical chaplain and as associate pastor at White Bluff United Methodist in Savannah.

Sharpe is prone to self-effacing humor, likes to laugh and enjoys sports. As a son of North Carolina, it is understandable he is a college basketball fan. He prefers Duke over the University of North Carolina in basketball, but there’s no explaining his being a fan of Alabama football, although in head coaches he favors the unabashedly Christian Dabo Sweeney over Nick Saban.

But Georgia is no place to be an Alabama fan so when Georgia played Alabama last year, he kept his counsel.

“I kept my mouth shut,’’ he said. “I didn’t want to each much crow. Georgia was strong in the first half, but then it changed.”

At church the next day, the sound man and his co-conspirator, had a plan.

“When I got up to walk to the pulpit, Ross played ‘Sweet Home Alabama,’” he said. “I didn’t have to say a word. We have a good time in church.”

As he spoke, Sharpe was heading back home to the mountains, although he says when he retires in about eight years he would like to stay on the Georgia coast because he loves the heat and doesn’t miss Appalachian winters at all.

He will have fun on his trip home to visit his mother and for an unusual reunion. He and his old eighth grade classmates from Leicester Elementary School have remained close and will celebrate their 50th anniversary this weekend at a church social hall.

He predicted they’ll have fun.