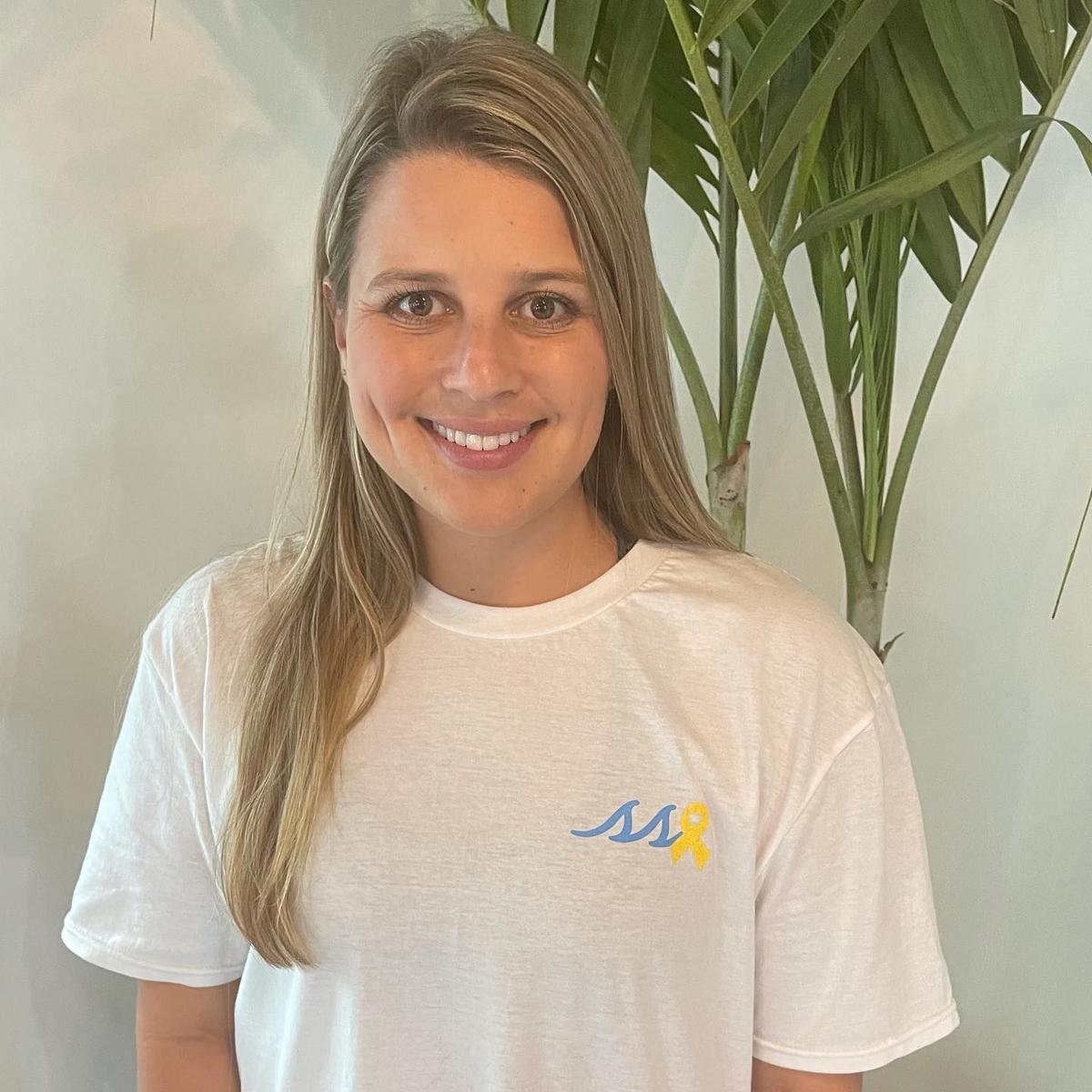 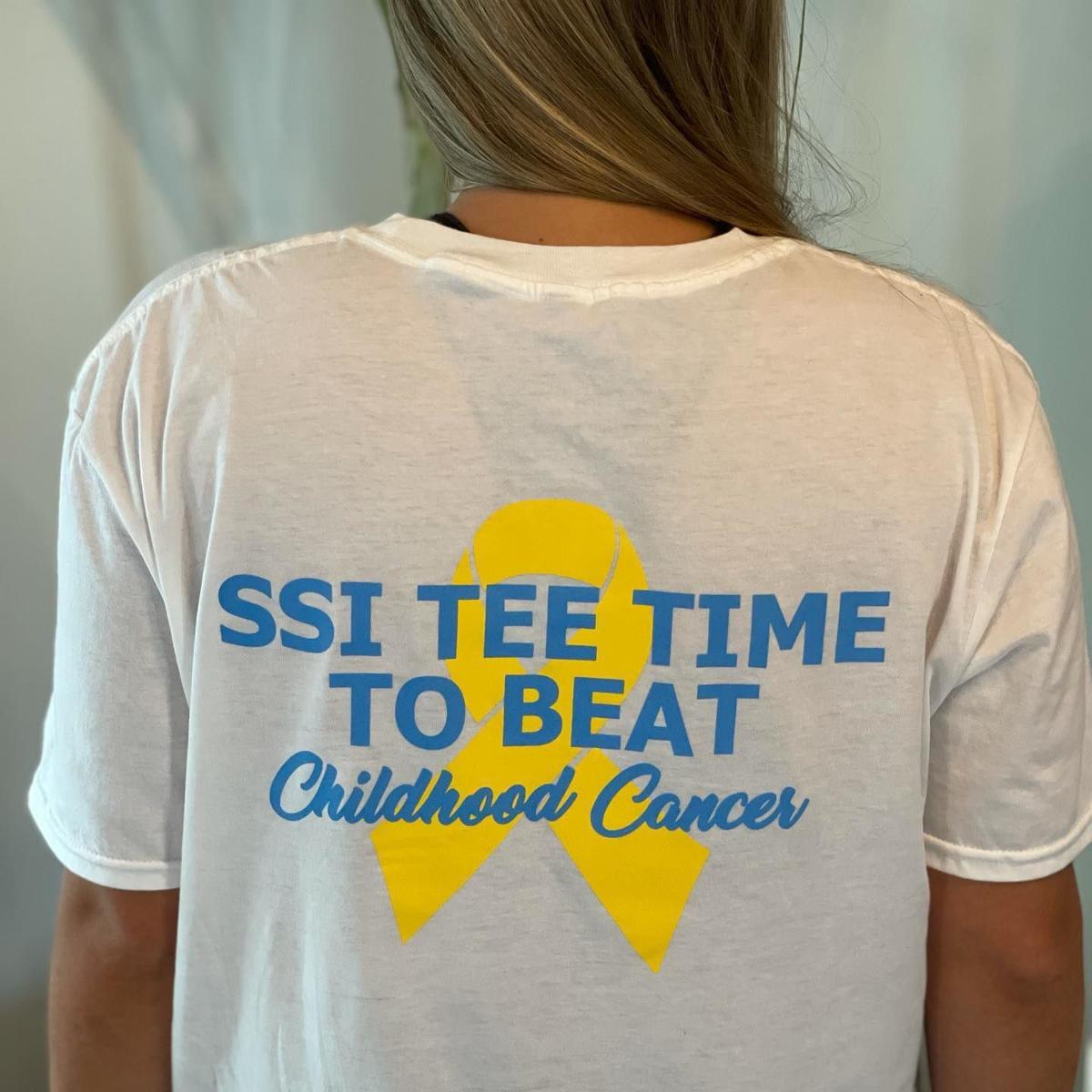 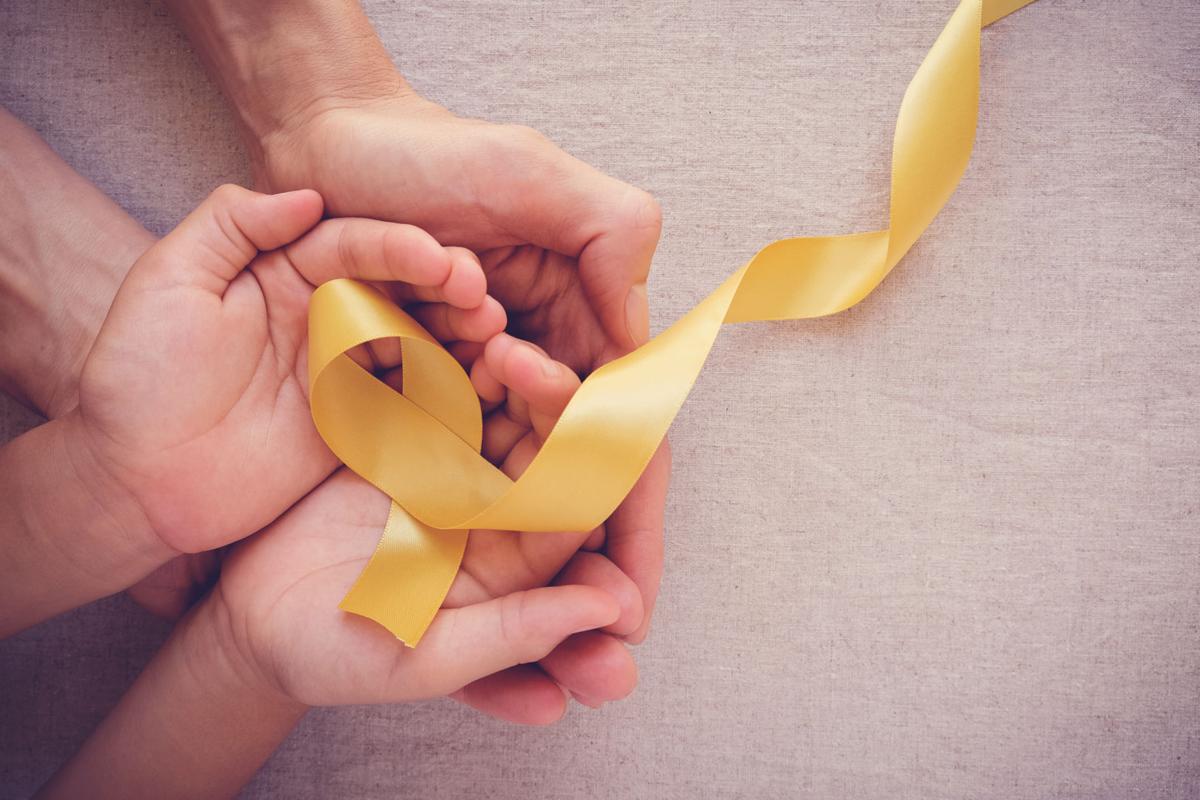 September is National Childhood Cancer Awareness Month. Many local families have experiences with this disease and share their stories to help find a cure.

September is National Childhood Cancer Awareness Month. Many local families have experiences with this disease and share their stories to help find a cure.

Last year, the local observance of Childhood Cancer Awareness Month was notably scaled back. Like so many activities, the pandemic forced the “go gold” effort to be smaller, relegating it primarily to glittering bows dotting mailboxes around area neighborhoods.

But that doesn’t mean that the disease has abated, far from it in fact. The families and friends of local children impacted know that all too well. Just ask Caroline Leroux.

In August 2020, her 13-year-old daughter, Ellie, began a journey that the family could never have imagined.

“Ellie was part of competitive cheer at CGA, and she loved it. Well, one day, she started complaining of leg pain. Of course, you just assume that she hurt it during the class,” Leroux said. “We took her to get an X-ray and there was nothing there, so we just assumed it was a soft tissue injury.”

As the weeks passed, the pain did not resolve. Trooper that she is, Ellie continued to attend cheer classes. But after a couple of months with increasing pain, Leroux’s gut was telling her that something else was going on.

“It just never got better and right after Thanksgiving, we decided that it was time to look into it further. Ellie was limping by this point so we went to the doctor and he looked at her ... I could tell he knew something was really wrong,” she said.

Testing was more intense this time. Leroux prepared herself for the possibility of a stress fracture, which would likely mean rest and a hiatus from Ellie’s beloved cheer. When the doctor called though, she received the devastating diagnosis fresh from every parent’s nightmare — cancer.

“The doctor called and told me there was a tumor. This was on a Monday and he told me he’d made us an appointment with the oncologist on Wednesday,” Leroux recalled.

“But it wasn’t behaving like a typical tumor, so we were hoping that it was just something benign. We did a MRI and they were still unsure, but then they did a biopsy and it came back as osteosarcoma, which is a very aggressive type of bone cancer. We got the diagnosis the week before Christmas.”

The family did its best to enjoy the holiday and Ellie began chemotherapy the week after. From there, it was a blur of scans and tears.

“I was a wreck. To me, the whole world was ending. Ellie did a lot better with it because she just figured that she was going to do the treatment and then be done. She just wanted to get back to hanging out with her friends,” she said.

But once the treatments started, the intensity of the regime took a toll. It was incredibly difficult for the teenager to endure hair loss and the physical change that goes along with the therapy.

“This cancer is so aggressive that you really have to hit it hard. So it’s a high dose of chemo,” she said. “Ellie said that if she hadn’t lost her hair ... it wouldn’t have been as bad.”

Chemotherapy wasn’t the only challenge she had to endure. Ellie also had to undergo extensive surgery on her legs to remove the tumor and reconstruct her tibia.

“It was major surgery. The tumor was in her left tibia so nine inches of her bone was removed. Then they used part of the fibula from her other leg to replace it so that it would grow together,” Leroux said. “It’s called limb salvage surgery. It was the only way they could save her leg.”

A couple of decades prior, the diagnosis would likely have meant amputation. And while the surgical solutions have improved, the research surrounding osteosarcoma has not advanced much since the 1980s. That, Leroux notes, is the devastating reality surrounding many childhood cancers. The lag is often attributed to the fact that these conditions are “rare” but for Leroux and the many other area parents who have walked their children through this battle ... it’s not a rarity, it’s a heartbreaking reality.

“They say it’s rare but it’s not. If you look at the numbers, one in 500 kids is diagnosed with cancer before they turn 18. That doesn’t seem rare to me,” she said.

“There was a Canadian Olympian that had osteosarcoma in the very early 80s or late 70s. He died from it. And they’re using the exact same research now that they did then.”

The key in changing that depends on two factors — awareness and fundraising. That’s the reason September has been dubbed National Childhood Cancer Awareness Month.

For years, local families like the Busbys, whose son Chase is a leukemia survivor, have spearheaded a the gold bow drive through their church Wesley United Methodist on St. Simons Island. Likewise, Katie Wilkin, whose daughter, Alexa Hartenstein, battled a brain tumor and passed away in early 2015, has become an advocate. She joined the Georgia-based nonprofit, CURE Childhood Cancer, to establish a Believe Fund in honor of Alexa. She’s also organized a number of fundraising events in previous years.

This year, one of the ongoing efforts is being led by SSI Tee Time, located at 4 Retreat Place, St. Simons Island. Owner Rob Robinson says that they’re helping to raise funds for Wolfson’s Children’s Hospital in Jacksonville.

They’re currently selling a gold themed shirt, designed by one of their employees with a deep connection to the cause.

“Callie is the reason we’re doing this,” he said.

Branch, now 23, is a T-shirt designer, as well as a “Jill of all trades” around the clothing boutique. She’s also a pediatric cancer survivor who remains passionate about supporting fundrasing efforts.

“I was diagnosed with neuroblastoma at 11 months old. I did chemo and radiation. I had a few surgeries. But I finished treatment at 2 years old, so I don’t remember any of that,” she said. “But growing up, I would have to visit hospitals and doctors multiple times of year.”

In college, Branch would work with her sorority to raise funds for Children’s Miracle Network.

That’s why she decided to design a SSI Tee Time shirt for Childhood Cancer Awareness Month. It’s now available both at their store as well as online at ssiteetime.com. The adult shirt is $25. It’s $20 for a children’s version.

It’s been a rewarding project for Branch.

“I really have a heart for all that. After I graduated, I hadn’t really found an outlet to fundraise so I started talking to Rob about it and we decided to do this shirt and donate 50 percent of the proceeds to the Jay Fund at Wolfson’s since most of the kids here go there. That’s where I went,” she said.

For Robinson, it was a great way to support locals in need.

“We’re all about local and supporting community. Whatever we can do to help ... we’re down for that,” he said.

“And when Callie, who is so passionate about this, came to us, it was really a no-brainer.”