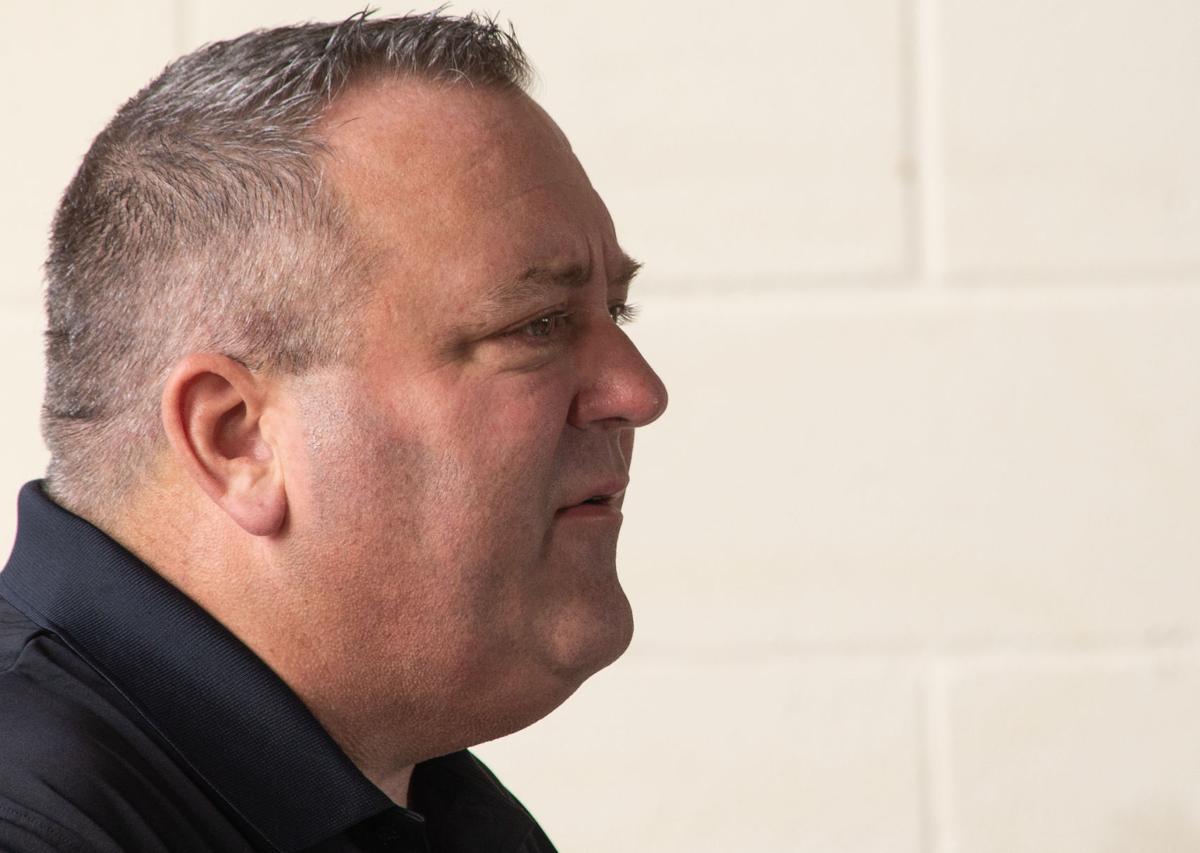 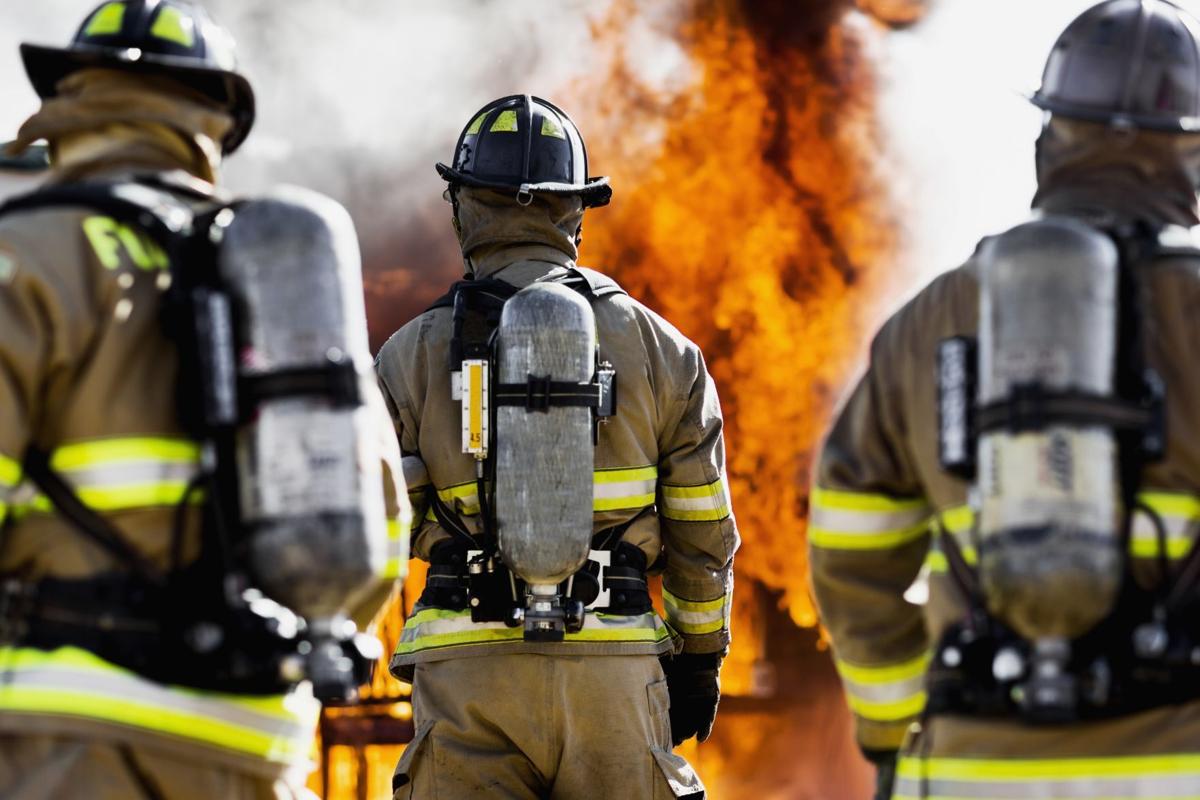 The Rev. Tim Brown said he’s always had a heart for law enforcement officers and firefighters.

That empathy has resulted in 26 years of accrued service as a chaplain for the pastor of Blythe Island Baptist Church.

He learned that many officers didn’t trust preachers, and they didn’t trust Christians. That’s because they’ve answered calls that found practicing clergy and professing Christians at their worst, he said.

It’s not as if they don’t trust God.

That’s why it’s important to build and train a corps of chaplains who those under the tremendous stress of their jobs can come to know and trust. That stress can include roadside arguments at traffic stops, working child abuse cases, seeing people killed in accidents and fires, seeing victims of violent crimes, talking with those contemplating suicide and more.

And it does, as it did when a man’s dialysis port came out at a hotel. Hotel workers found him dead in his room. It was a horrible scene that left the hotel staff and responders distraught, and the man’s wife devastated, he said.

Brown said there were a lot of people to counsel and to guide to a peaceful place.

“I consider it a privilege to help people through the worst of times,’’ he said.

He helps police officers who are compelled to use force in situations not of their choosing, and he makes sure they understand that. Police officers are often filled with guilt if they have to fire in self- defense, Brown said.

He reminds them that God forbids murder, but he does not forbid killing in self-defense or to protect others. He establishes that in a simple conversation.

“I say, ‘Did you get up this morning planning to kill this guy?’’’ Brown said.

When they answer “No,’’ Brown responds with, “He made that decision for you.”

He has to remind EMTs they did everything possible to keep victims alive, but it just didn’t work. He tries to get them to think of that person who died as a friend.

“He saw you working on him, saw you helping his parents. He’s grateful,’’ Brown said.

And Brown asks, “Is he up there asking God to look out for you because you looked after him?”

Brown said the chaplaincy has changed in the past 30 years, and now there is a set of tools for counseling called Critical Incident Stress Management.

There are no instant fixes because people are often in too much despair to take counseling.

“You get them food, get them rest and then help them get back to the point they can think again,’’ he said.

The preacher knows of several scriptures that deal with people under extreme stress including 1 Kings 19 in which the prophet of Elijah fled for 40 days and nights after Jezebel threatened to kill him as she had all the other prophets.

As Elijah hid in a cave, God asked, “What are you doing here, Elijah?”

He replied that he had zealously spoken God’s word to the Israelites.

“The Israelites have rejected your covenant, torn down your altars, and put your prophets to death with the sword. I am the only one left, and now they are trying to kill me, too,” Elijah replied.

God told Elijah he was still in control and sent him back with a list of tasks that Elijah carried out.

Earlier, God had also let Elijah sleep and provided food. People can’t be helped spiritually until they’re recovered psychologically to the point they can think and reason again, Brown said.

He also doesn’t step straight into the Gospel unless the person he is counseling is a Christian. Brown has studied many religions — Hindu, Buddhism, Muslim and even Wicca — so that he can help the person find some comfort in their own belief system. Otherwise, he would be shut out, Brown said.

“It’s not getting people to believe what you believe. It’s helping them get through it in their belief systems,’’ Brown said.

In doing that, they sometimes return and Brown said he can speak about Christianity.

“I was earning the right to be heard. I get more opportunities to share the truth,’’ he said.

There is also a printed guide on how people react to extreme stress and how to help them deal with it. That guide has been put in the hands of police and firefighters who are trained help others during critical incidents, sometimes stepping across departmental boundaries, Brown said.

The need that has grown the most may be with those contemplating suicides.

Brown said if has the opportunity to speak with people, he tries to build a preferred future, laying out a scenario of good things happening to them if they don’t take their own lives.

“You walk through a mental exercise with them to see what’s kept them from jumping already. Get them to remember the good, look to the future and ask do they want to give that up,’’ he said.

He talks about the consequences a suicide would bring on those they love.

“You just made the people you love blame themselves. They ask what they could have done to stop it,’’ Brown said, and question whether they showed enough love to the suicide victim.

He also tries to convince those contemplating suicide that their loved ones, especially children, will be far better off with them alive. He recalled telling a mother that if she died, her children would be left in the care of her own mother and face very unhappy lives. She chose to live.

If there is stress on the EMTs, firefighters and police officers, there is also stress on the chaplaincy that serves them. Brown is one of only three qualified chaplains on call for police and fire incidents.

Brown said he conducted some training in April to get more qualified for counseling, death notifications and suicide intervention.

“We expected eight. One showed up,’’ he said.

Chaplains must adhere to strictly protected rules of clerical confidentiality as they act as confidants, and as someone to lean on in the roughest of times.

“You can’t tell the department what you’re talking about. They can talk to us and not even the Supreme Court can force us to testify,’’ he said.

He also sees his job as that of an encourager who tells police they are performing a great service.

With the country divided, Brown said, “and people hating police, you have to remind them they’re there to protect people. God put you here. You’re going to be a blessing or a curse for the people. You have to decide what you’re going to be.”

Brown said he is hopeful that more pastors get and answer the call to serve as chaplains. When they do, he’s ready to prepare them for the hard, rewarding work.

Crew: It was a good day when Golden Ray went away

Despite living on St. Simons Island for more than a year, Siggy and Jim never got around to sampling the island’s night life until Monday.

Faith, food, and family: The secrets of home cooking with Lady K

Coastal Christmas: An Elegant Twist on a Holiday Table

Even as a child, Wick Nalley was the life of the party. The Atlanta… Read more

The magic and sparkle of the holiday season will soon be upon us. F… Read more

Gifts from the Heart

“The devil is in the details” … I’ve always liked that phrase, beca… Read more