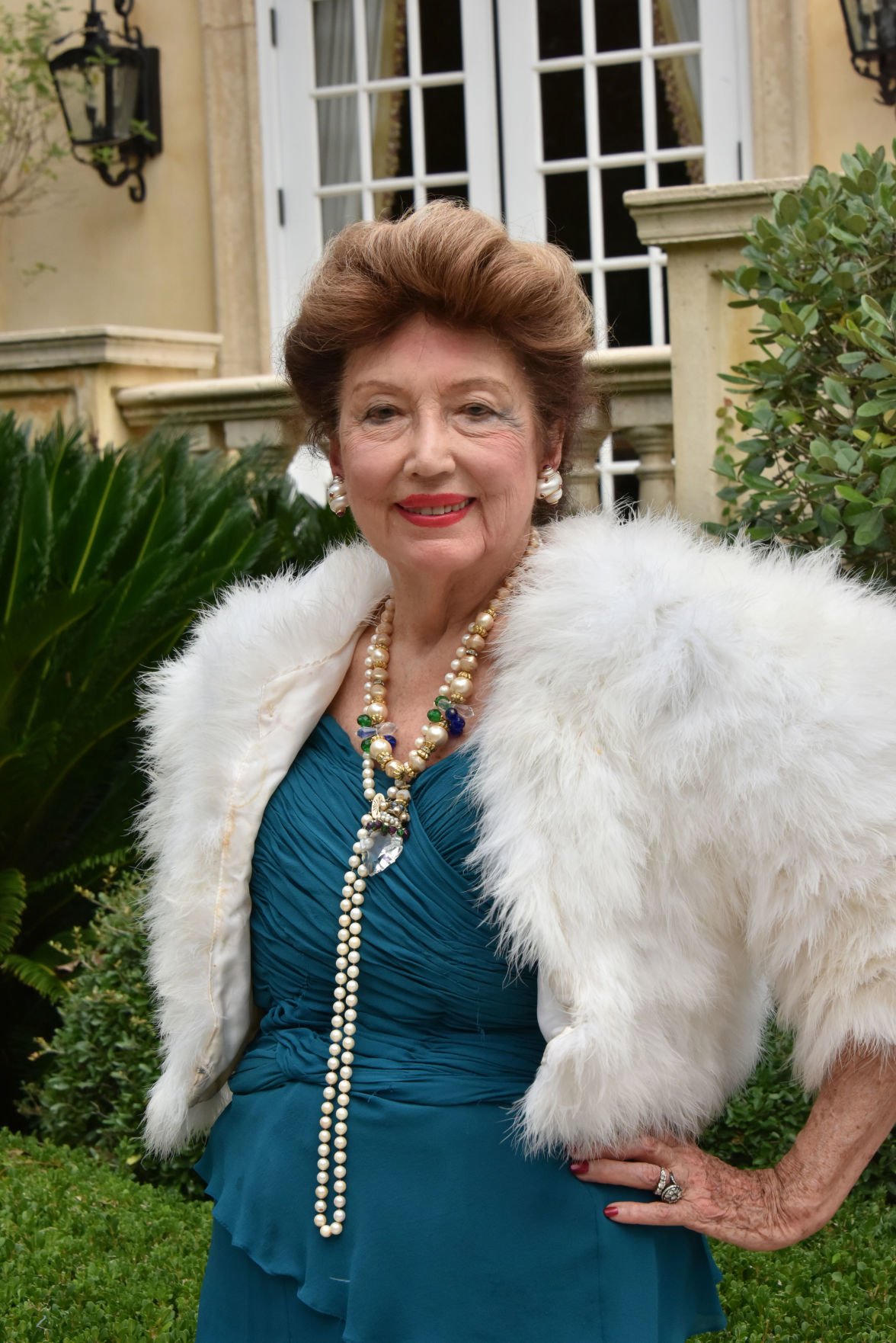 Honorary chair Mildred Wilcox poses in her Gatsby-themed attire in preparation for Cabaret 2020. 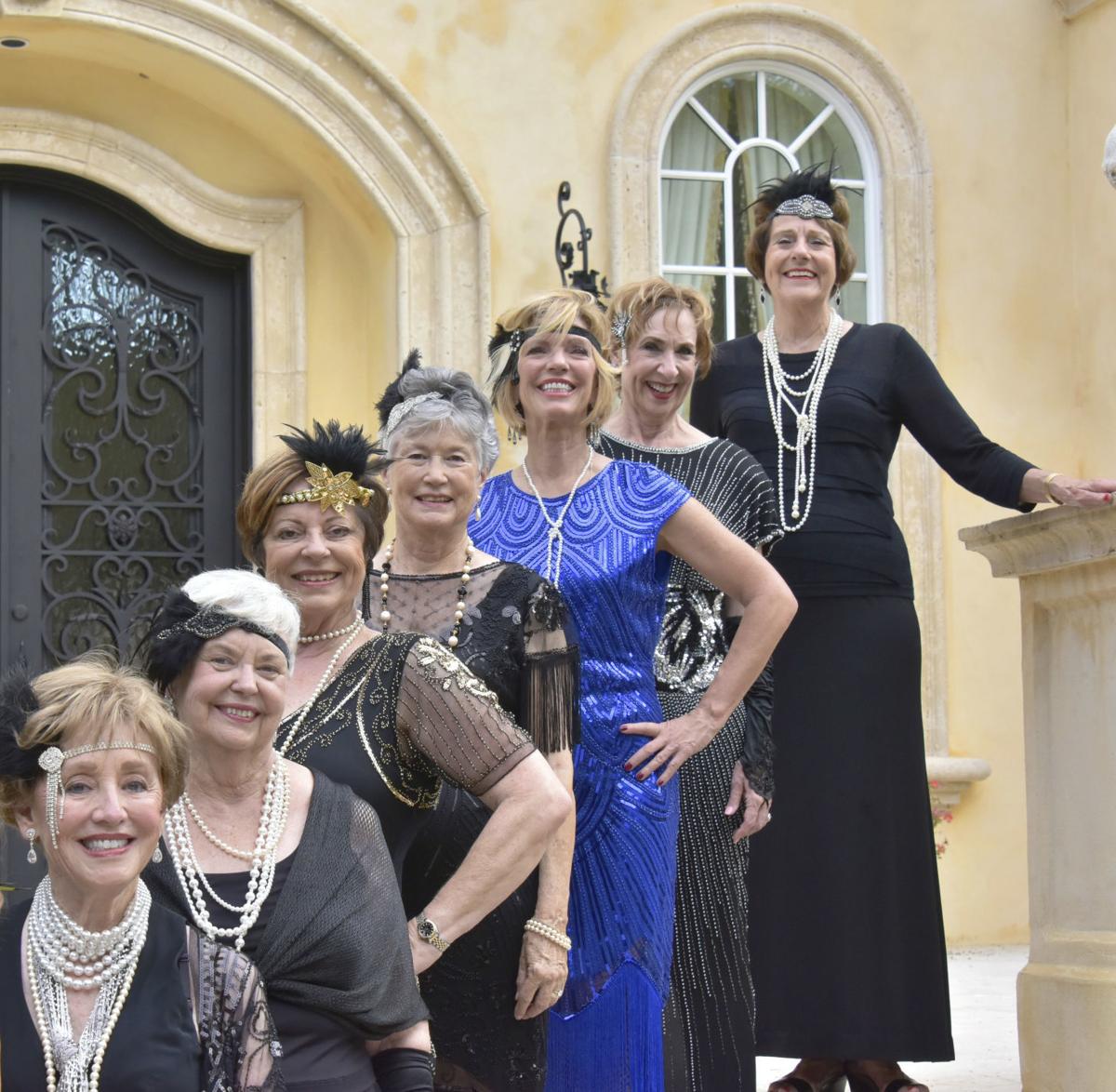 Honorary chair Mildred Wilcox poses in her Gatsby-themed attire in preparation for Cabaret 2020.

This month is shaping up to be a biggie for the Coastal Symphony of Georgia. The local orchestra and its fundraising arm, the Symphony Society, have two events on the horizon, both of which celebrate the past and present of this cherished organization.

First up — Cabaret 2020. This is the organization’s largest fundraiser and primary mode of support for the professional musicians it features.

Sharon Flores, executive director of the Symphony Society board, is always quick to stress the importance of the funds raised at Cabaret as a means of fulfilling the symphony’s mission. That includes paying the musicians for their four annual performances each year.

“Cabaret is extremely important, as our (concert) ticket sales only fund 25 percent of the operating costs for the symphony. So the fundraising events that we do are very important, as are our sponsor and patron donations,” she said. “Cabaret is our signature fundraiser, and it is an important component. We have to keep the money coming in to keep the music playing.”

The music has been playing locally since 1982, when it started as a Brunswick Community Orchestra. The program flourished and grew, becoming the Coastal Symphony of Georgia in 1994. Cabaret began approximately 10 years later, when it was held at the Retreat Ballroom. In 2007, it moved to its longterm home at the Cloister on Sea Island, where it remained until 2019. To switch things up, organizers held the event at the Greenhouse on St. Simons Island last year.

This year, however, it will be returning to the Cloister for a Gatsby-themed gala.

“It’s always been at the Cloister except for the very first year and last year,” Flores said. “Everyone is getting so excited about it. Many people have already purchased their flapper dresses. I think it’s going to be really neat. The menu is arranged around that period, as are all the decorations.”

They will also host a seven-piece jazz band, the Jordan Gilman Septet. The musicians will keep the party going with music from the 1920s through present-day.

“It’s going to be a little different, but it’s very exciting. It will be really high quality entertainment,” Flores said.

In addition to a night of music and elegance, the event will also honor one of the arts communities legacies — Mildred Wilcox. Millie, as she is known to many, has a storied life and career. She modeled in Europe in the 1950s and even lunched with Pablo Picasso in Paris. Wilcox will serve as the honorary chair for the evening, where she will be celebrated for all of her accomplishments.

“Who better than Mildred Wilcox to head up the event as our honorary chair?,” Flores said.

“A Gatsby Gala,” the Coastal Symphony of Georgia and Symphony Society’s annual Cabaret fundraiser, will be held at the Cloister on Sea Island. The cocktail reception and silent auction starts at 6 p.m. with the seated dinner beginning at 7 p.m. Jan. 24. Tickets are $180 per person, which are available at www.coastalsymphonyofgeorgia.org.

While Cabaret is certainly a highlight of the symphony’s calendar, another event, slated for the same week is also worthy of attention. On the Tuesday prior, the symphony will host its third SoundBites program of the season.

Each segment focuses on a different theme. This incarnation is titled “Out from Behind” which will begin at 6:30 p.m. Jan. 21 at Thrive Senior Living, 3615 Frederica Road, St. Simons Island. Several brass musicians will perform. Tickets are $45 per person. Contact Chris Emde at cemde7714@gmail.com or 239-877-3856 or go to coastalsymphonyofgeorgia.org for ticket reservations.

For Flores, having two key events in the same period is indicative of the vibrancy of the symphony itself.

“SoundBites and Cabaret ... in the same week — it’s a really big time for the symphony and we are very excited,” she said.

“A Gatsby Gala,” the Coastal Symphony of Georgia and Symphony Society’s annual Cabaret fundraiser, will be held January 24, 2020, at The Cloister at Sea Island. The cocktail reception and silent auction starts at 6 p.m., and the seated dinner begins at 7 p.m. The event also includes a live auction and jazz music by the Jordan Gilman Septet. Mildred Huie Wilcox, a community icon and veteran of the fashion and art worlds, is the honorary chairperson. Attendees are encouraged to wear clothes inspired by the Roaring ‘20s. To purchase tickets, visit www.coastalsymphonyofgeorgia.org or call Sharon Flores at 912-223-6755.

SoundBites titled "Out from Behind" will begin at 6:30 p.m. Jan. 21 at Thrive Senior Living, 3615 Frederica Road, St. Simons Island. Several brass musicians will perform. Tickets are $45 per person. Contact Chris Emde at cemde7714@gmail.com or 239-877-3856 or go to coastalsymphonyofgeorgia.org for ticket reservations.