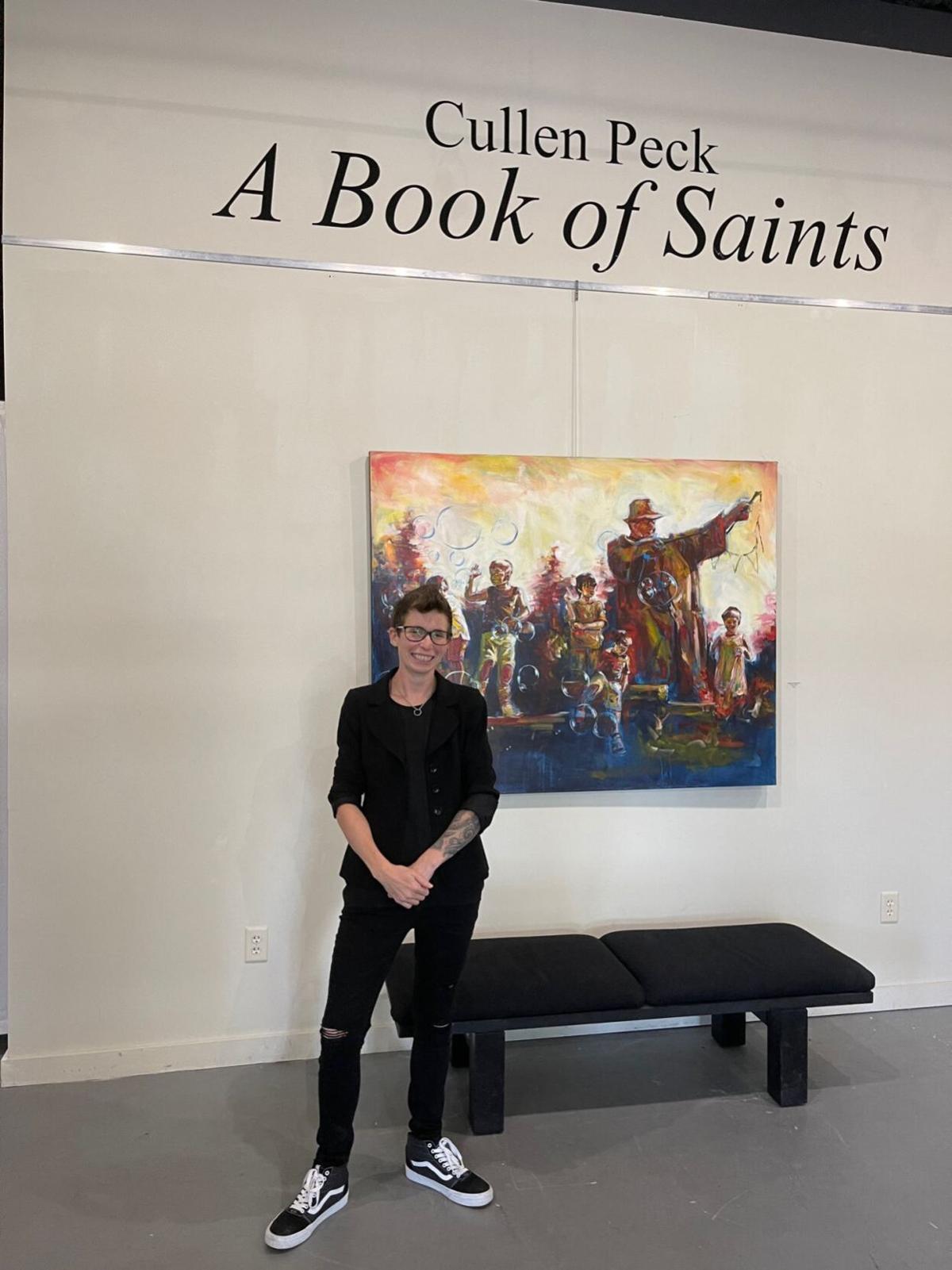 Artist Cullen Peck is pictured in front of a piece titled ‘Sermon on the Mount’ from her Book of Saints Exhibition at Glynn Visual Arts. The show will be available for viewing until June 25. 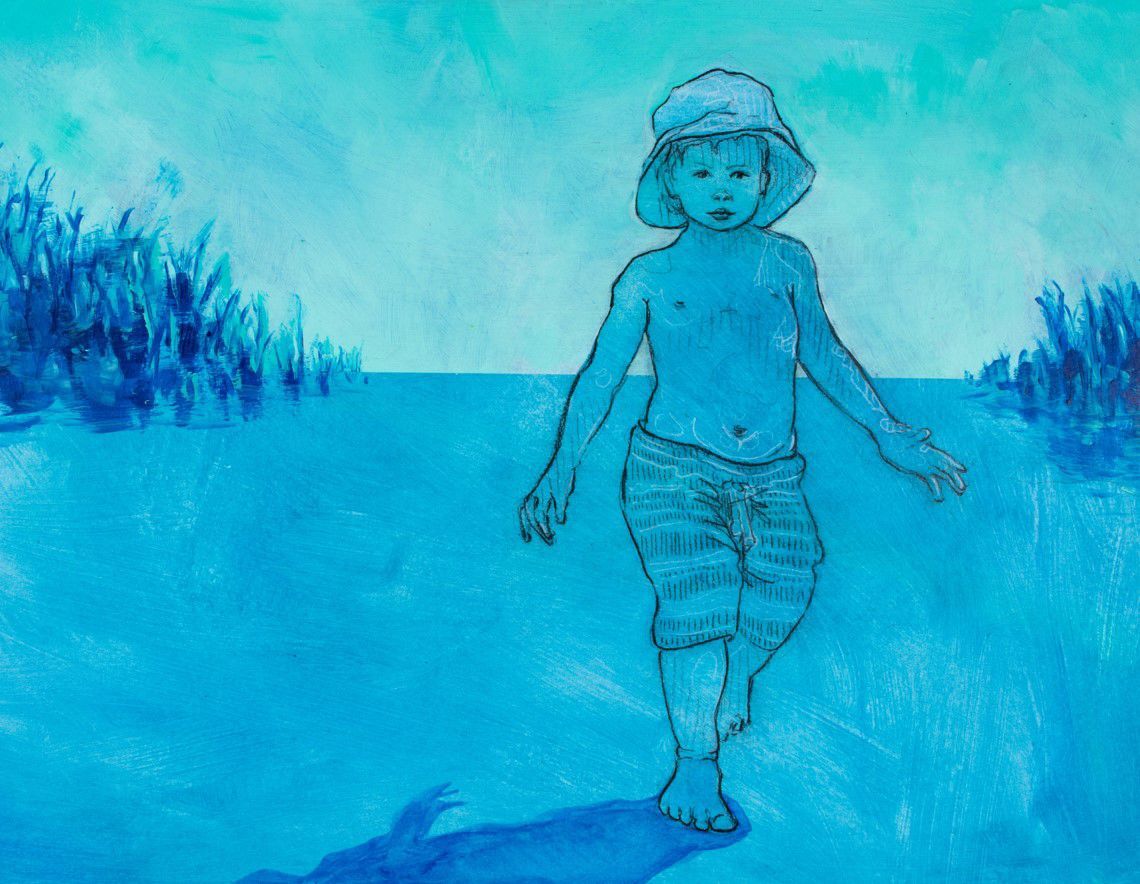 ‘There Are Always Things Left Behind’ by Cullen Peck 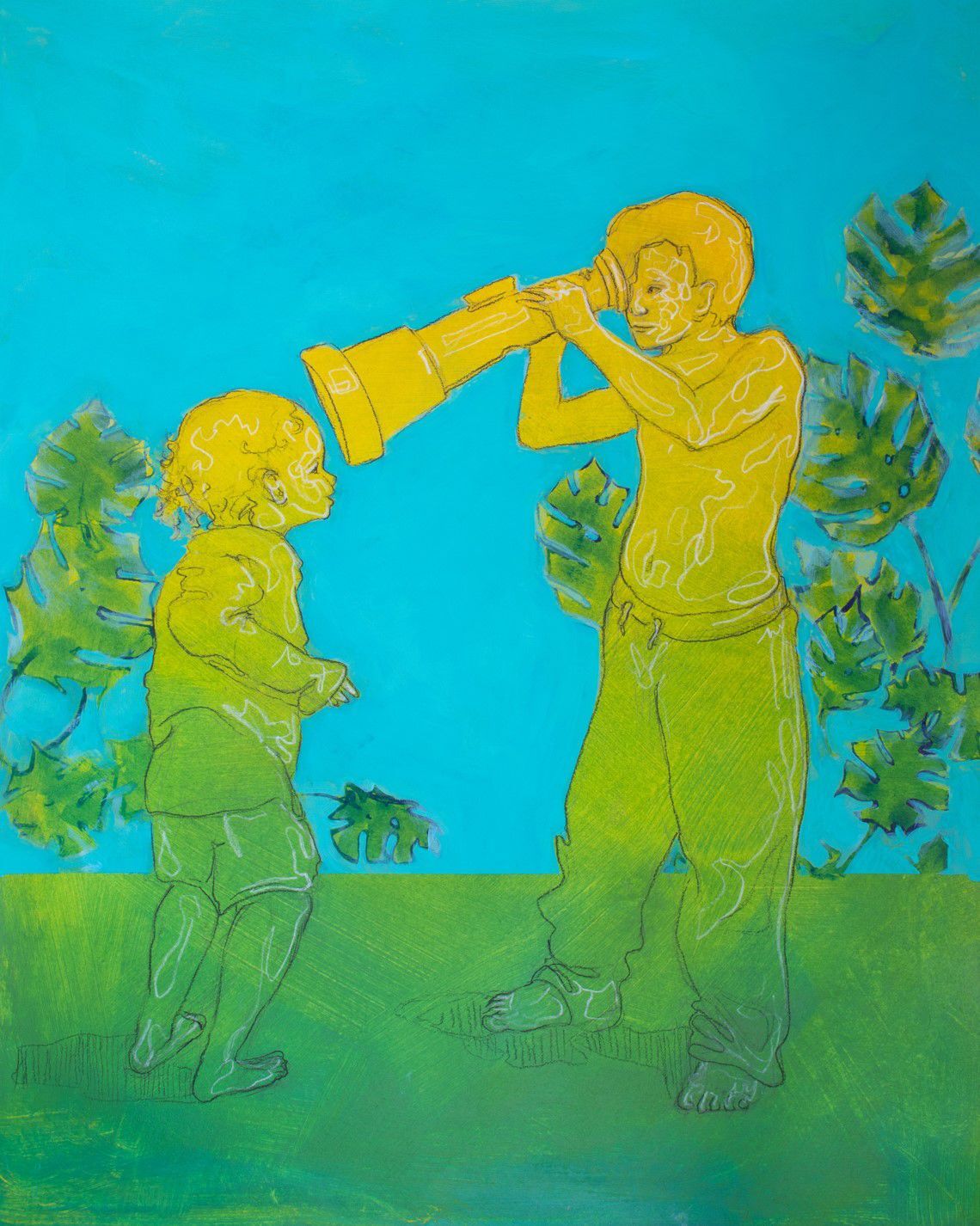 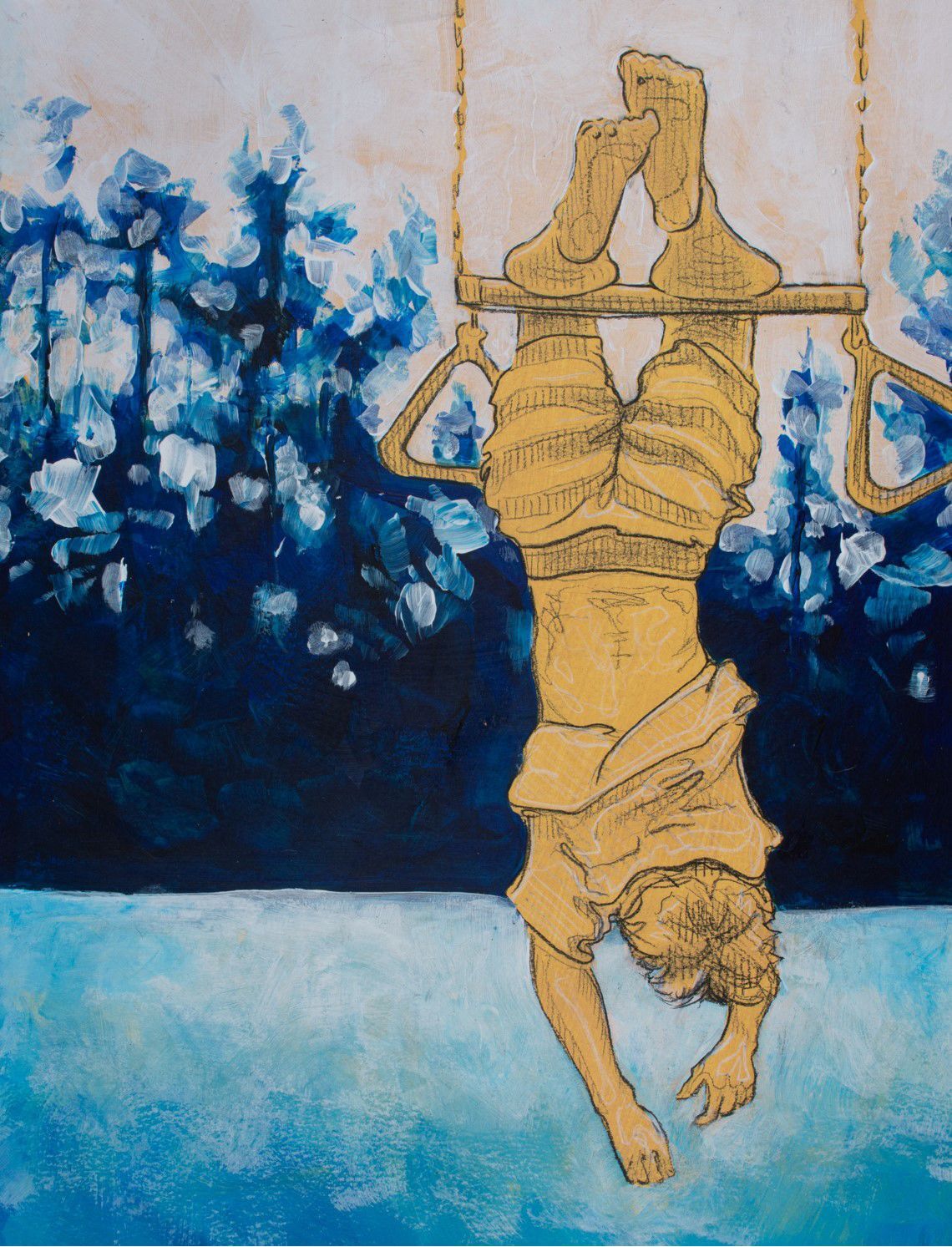 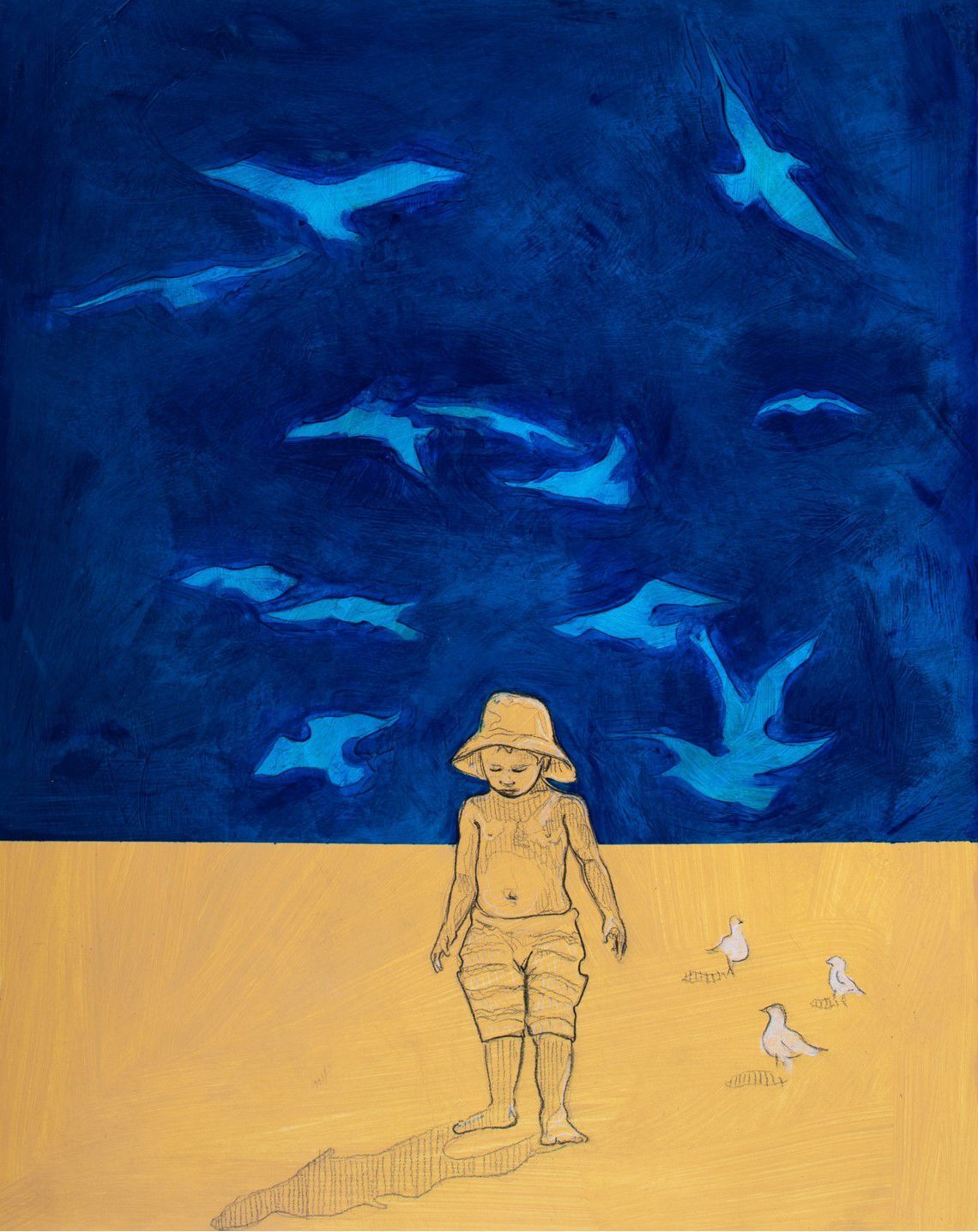 ‘Flurry of Messengers’ by Cullen Peck

Artist Cullen Peck is pictured in front of a piece titled ‘Sermon on the Mount’ from her Book of Saints Exhibition at Glynn Visual Arts. The show will be available for viewing until June 25.

‘There Are Always Things Left Behind’ by Cullen Peck

‘Flurry of Messengers’ by Cullen Peck

The artistic gene is quite prevalent in Cullen Peck’s DNA. She has artists on both sides of her family tree, making it almost a given that Peck herself would follow those footsteps.

“Mary Quinn Sullivan, one of the three founders of the Museum of Modern Art (MOMA), was my grandmother’s aunt. My grandmother studied with her in New York and breathed the amazing atmosphere of that rich and potent art scene of the 1920s to the 1940s, and that legacy has permeated my mother’s family history since then,” Peck said.

All of these influences colored Peck’s own artistic vision. But her life experiences have played an equally important role. After receiving her bachelor of arts from New York University, she moved to Florence, Italy, to study at the Accademia di Belle Arti di Firenze.

While she was studying painting there, Peck also became engaged in creating off canvas.

“When we rented our first apartment in Florence, I gathered mismatched furniture and sanded and painted it into submission. I just can’t seem to keep my hands still,” she said.

“I am something of a compulsive maker ... even in the periods particularly when my children were infants where painting was impossible. I was always in the process of making something. When my daughter was a newborn, I learned to crochet in order to make her wool cloth diaper covers myself.”

Much like the yarn, Peck’s artistic inspiration continued to weave itself together to form her unique style. She is fascinated by the ethereal and the magical, as well as the role that story plays in the human experience. It’s a trait that is often displayed in children, a subject found frequently in Peck’s artwork.

“As a parent, I love watching this process through the eyes of my children, whose faith in the immensity and magic of existence never fails to amaze me. This, I supposed, is what I have tried to capture in my work: faith — that intense and enigmatic drive to believe in something, to name, possess and befriend that which is multifaceted and so much larger than ourselves,” she said.

All of it can be vividly seen in her current exhibition — The Book of Saints — at Glynn Visual Arts, 106 Island Drive, St. Simons Island.

“This exhibition is a culmination of a lot of the themes that have preoccupied me through the years. Raised a practicing Catholic, having attended a Christian grade school and living in an Italian Renaissance city for most of my adult life, I have a deep appreciation of the colossal cultural presence that Christian theology and iconography have in how we talk about and perceive the intangible parts of our existence,” she said.

“I don’t think Western art can ever separate itself from the visual cues and canons of religious art and thought, and I don’t see any reason why my own art should try to do so.”

The exhibition will be on display at the gallery through June 25. It’s a show that Glynn Visual Arts’ executive director Terri Evans highly recommends.

“Borrowing a term from musical theatre here, but Cullen Peck’s show is truly a showstopper. The praise and applause continues for her stunning work, especially at our recent reception. I’m hoping people in Brunswick and on the island will see this exhibition before it closes,” she said.

“We keep hearing how different it is and that’s definitely true.”