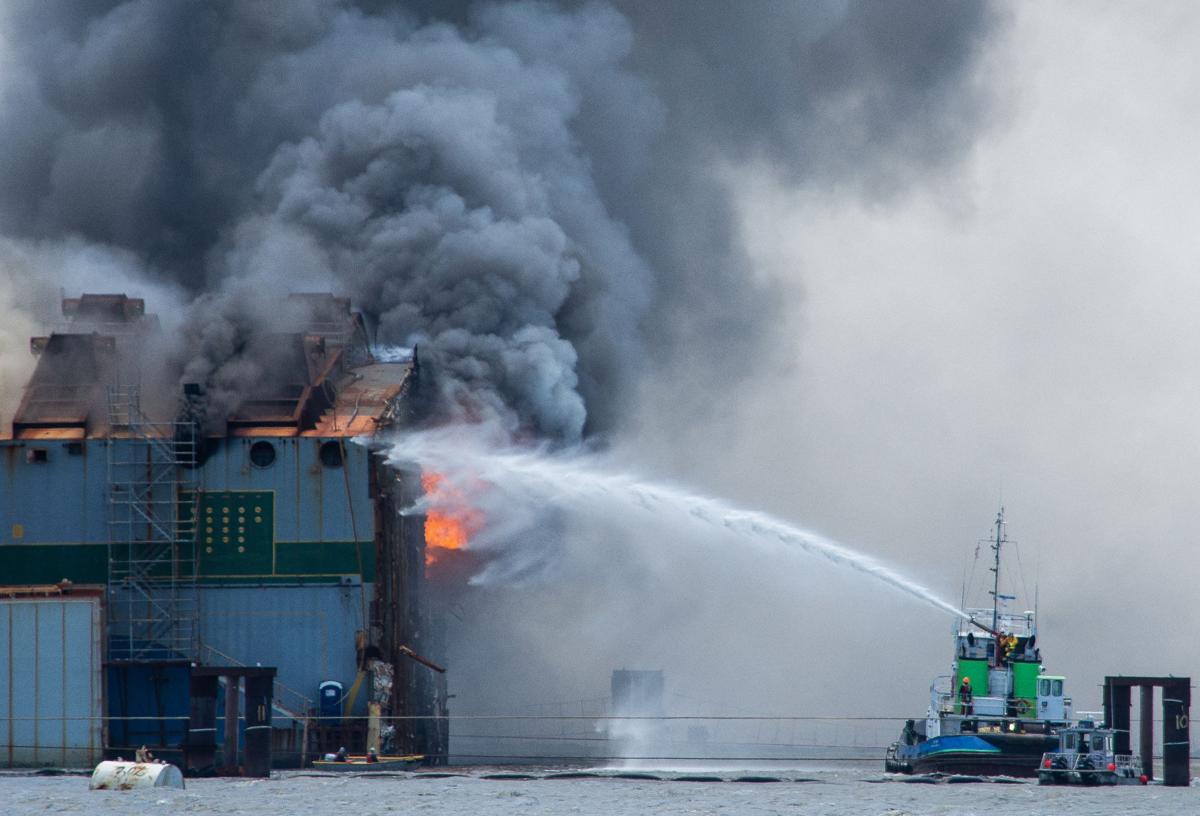 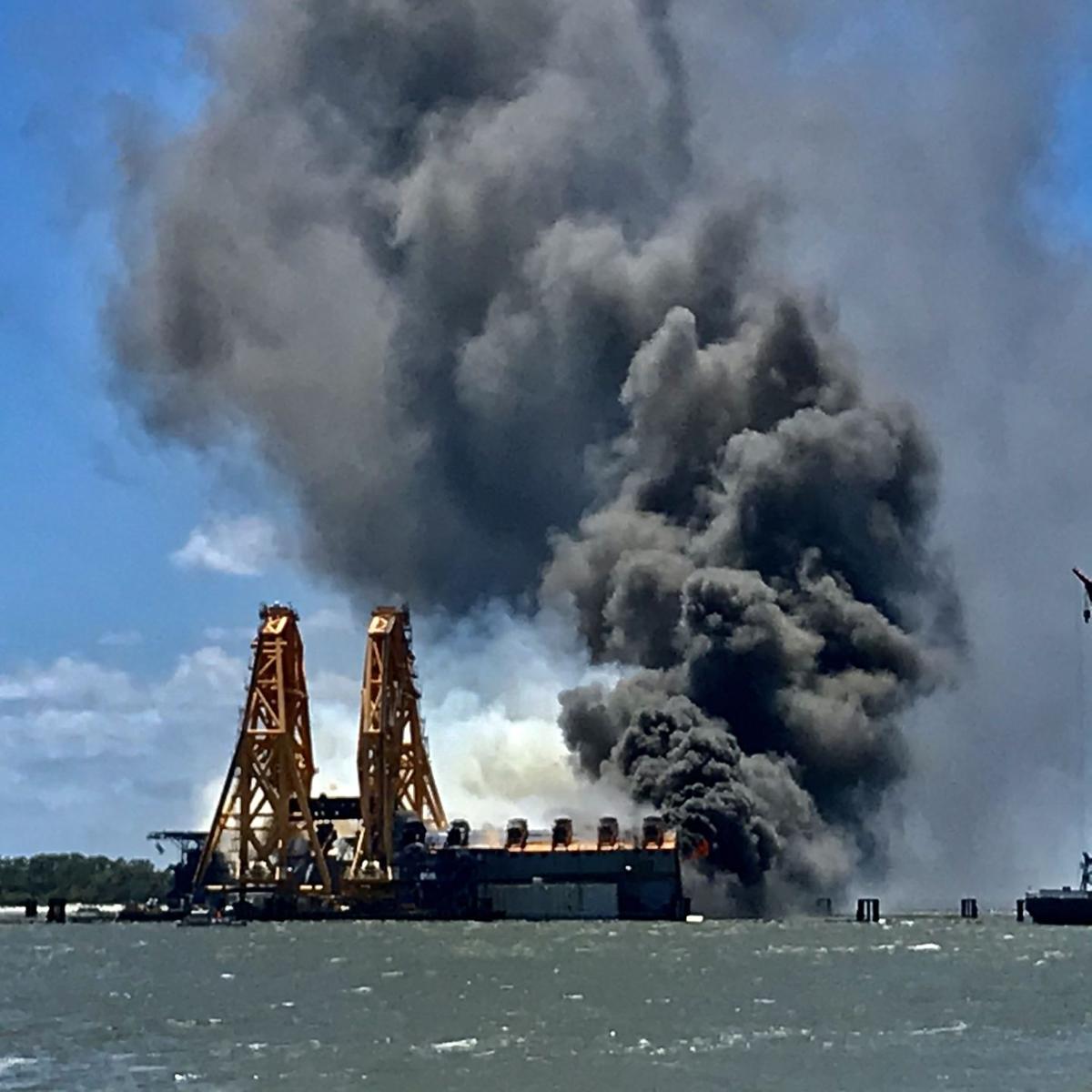 Smoke pours out from the remnants of the Golden Ray on Friday.

Smoke pours out from the remnants of the Golden Ray on Friday.

The tugboats had reduced the billowing smoke and orange flames shooting from the shipwreck to small trails of smoke by 3 p.m. However, thicker smoke had reappeared within a half-hour, though the tugs continued pouring seawater siphoned from the St. Simons Sound onto the ship.

Thick billowing clouds of smoke poured into the sky above the shipwreck, followed by orange flames after the fire broke out sometime around 1 p.m. No one has been injured and all crew members except the salvage master have been evacuated from the VB 10,000, the 255-foot-tall crane vessel that does the cutting and lifting of shipwreck sections in what has been defined as the largest salvage operation of its kind in U.S. history.

Welders suspended from rappelling lines had been conducting specific cuts just inside the cutting path of Section 3 of the shipwreck when the fire started, Himes said.

The massive cutting chain that is powered by the VB 10,000 was not in operation at the time of the fire, having been paused while these "rope access technicians" conducted the more concentrated cuts along the cutting path, Himes said.

Small Bear Cub boats with water cannon affixed originally engaged the fire, along with the "rope access technicians," who aimed a water hose through one of the open spaces along the cutting path of Section 3, Himes said. As the fire grew larger, workers opened a gate to the 1-mile perimeter environmental protection barrier, through which the large five tugboats moved in to attack the fire, Himes said. The tugboats' firefighting gear siphoned seawater directly from the sound to drown the flames, bringing the fire under control by 3 p.m.

"The salvage site is like a ship at sea," Himes said. "When a fire breaks, every one becomes a firefighter."