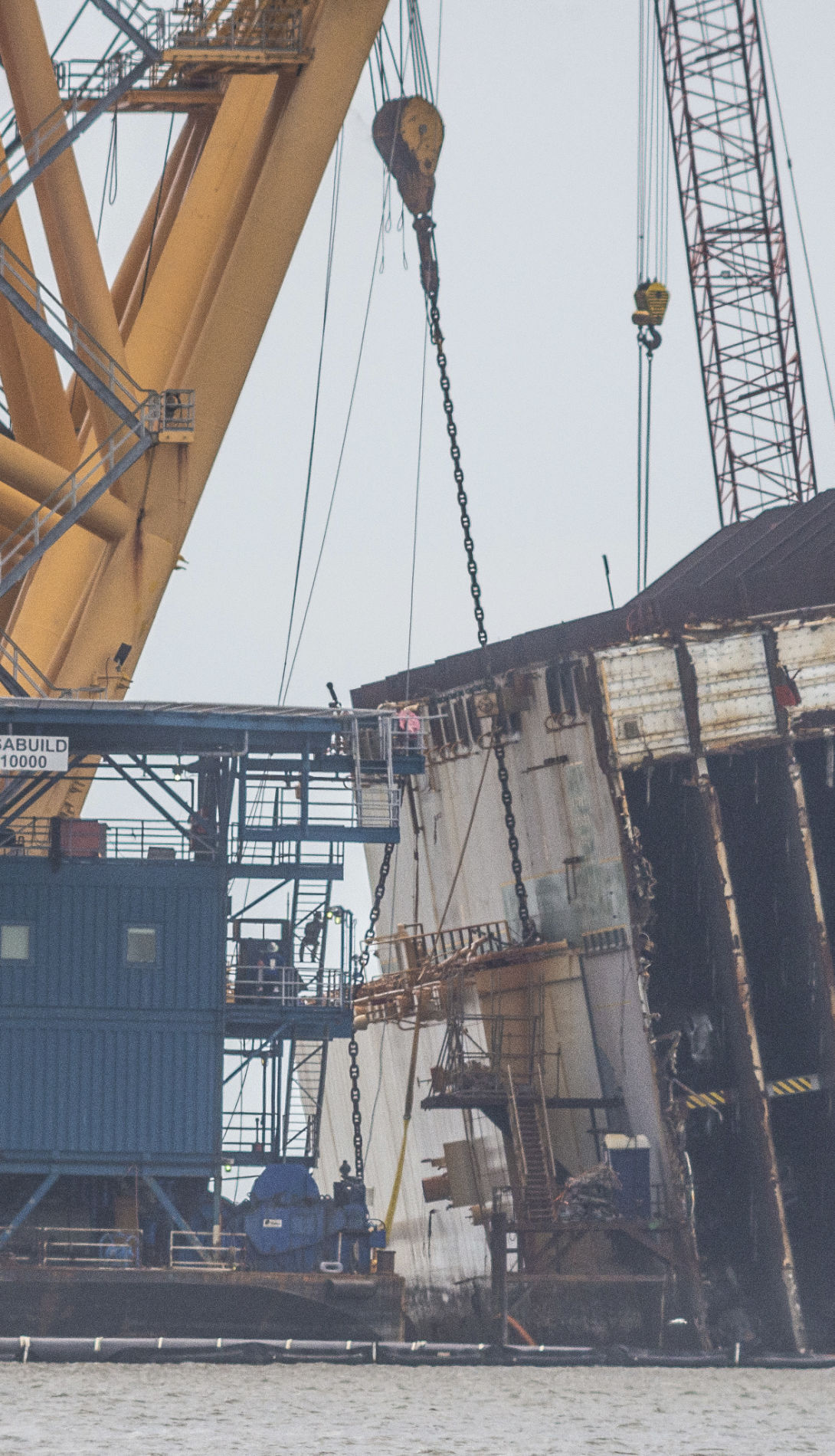 A worker looks on from the scaffolding as the chain is shown on the deck side. 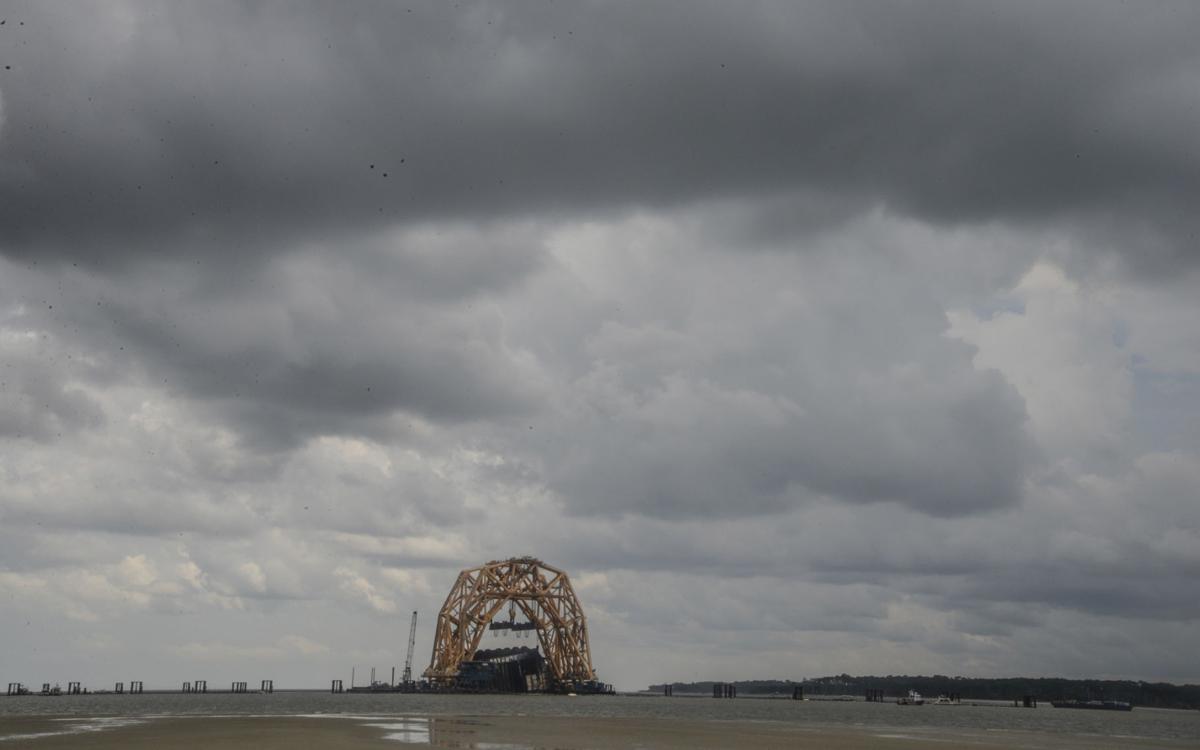 A worker looks on from the scaffolding as the chain is shown on the deck side.

The VB 10,000 crane vessel commenced operations in the predawn hours Thursday on the second-to-last cut into the dwindling remains of the shipwrecked Golden Ray in the St. Simons Sound, said U.S. Coast Guardsman Michael Himes.

Situated astride the western end of the shipwreck, the 255-foot-tall VB 10,000 began churning the huge cutting chain up through the massive chunk of steel known to salvors as Section 6 before 5 a.m. It is the sixth section removal operation since cutting began last November.

About 227 feet remain of the shipwreck, which sits half submerged in the water between St. Simons and Jekyll islands.

Salvors completed the fifth cut into the shipwreck July 1, removing Section 3 from the eastern end after eight arduous weeks of a task that was interrupted by a massive fire in May and encounters throughout with dense, 2-foot-thick steel brackets along a support girder in the chain’s cutting path.

The dual-hulled VB 10,000 employs its system of pulleys, complex wire rigging and winches to power the cutting chain up through the shipwreck’s exterior steel and 12 interior decks. The VB 10,000 is surrounded by a 1-mile perimeter environmental protection barrier, which has oil retention boom lining its surface and sturdy meshing netting below to retain loose vehicles and other large objects.

The first of the four middle sections of the shipwreck, Section 3 was hauled by dry dock barge to a dismantling site on the Brunswick River off Bay Street in the city.

The four outer sections all were removed and shipped via barge to a recycling facility in Gibson, La.

Because they may have suffered more damage during the capsizing, salvors plan to transfer the three remaining middle sections to the facility in Brunswick for dismantling into smaller sections, deemed safer for the long transport to Louisiana.