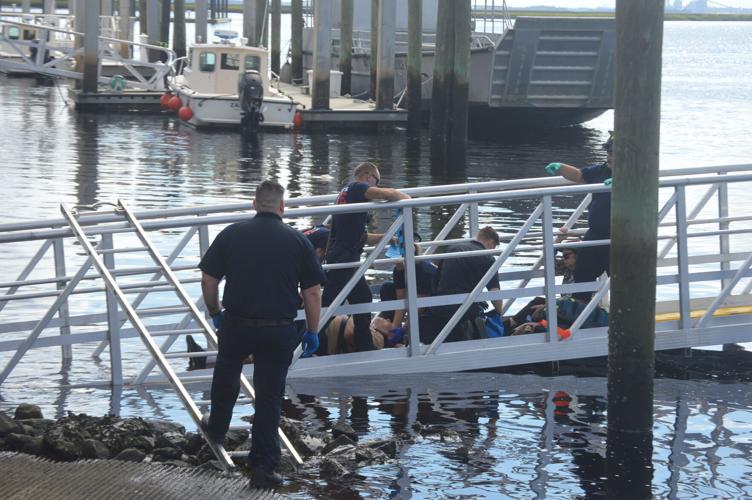 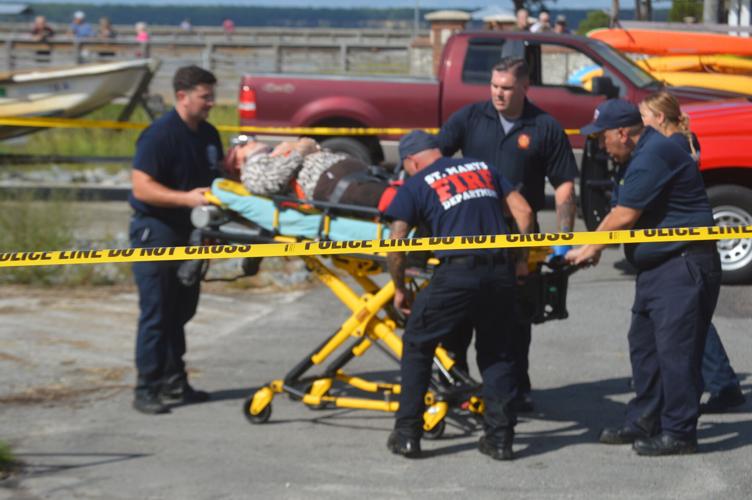 Paramedics prepare to load a woman injured when a ramp leading to a floating dock collapsed in downtown St. Marys Tuesday.

Paramedics prepare to load a woman injured when a ramp leading to a floating dock collapsed in downtown St. Marys Tuesday.

A ramp leading to a floating dock in downtown St. Marys collapsed Tuesday morning as an estimated 20 people were preparing to board a boat for a two-hour cruise.

The people, mostly seniors, were part of a reunion of the crew of the USS Angler, a World War II diesel submarine that was decommissioned in 1968.

At least two people were taken by ambulance for treatment of their injuries.

Barring any unforeseen conditions, the Golden Isles will not see a second Hermine this year.

Agencies round up 35 suspects on outstanding warrants

Hermine may make a second visit to the Golden Isles.

Brunswick city officials and the groups behind three new murals will hold a ribbon cutting for the new paintings Saturday in Ahmaud Arbery Park.

Event to educate dog walkers about importance of beach habitat

Few joys seem to rival that of dogs and their owners during walks along the beach.

A new event in the Golden Isles is calling all young entrepreneurs to try their hand at small business ownership.